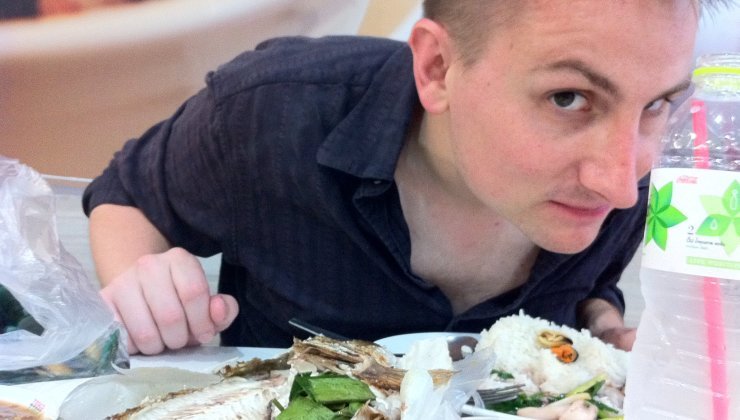 Peter currently is living and working in Bangkok. He will return to San Francisco in summer, 2020. See Peter’s calendar for his current and future locations.

Most of his time is spent helping individuals and couples build better relationships through Kowalke Relationship Coaching. He also oversees the content marketing firm, EdChief, which develops content for companies such as Seagate and Xerox.

Right now Peter’s spiritual work includes running American Vedanta, serving as an assistant secretary for the Ramakrishna Vedanta Association of Thailand, and developing the Philia Mission for spiritually-minded people who want to live a monastic life but cannot join a traditional monastic order. He also spends a great deal of time deepening his own spiritual practices.

Follow Peter by signing up for his email updates.

There’s a reason that the BBC World Service, New York Times, Wall Street Journal and other media outlets have written about Peter since he was young: Peter has always lived an interesting, uncommon life.

This interesting journey began when Peter was five years old and did not go to school like his peers. Before most people had heard about homeschooling, Peter began directing his own education at the age of five as an unschooling pioneer. He did not attend school until college.

Much of Peter’s early career was spent as an “expert” in the alternative education community. Peter was a columnist for many years with Home Education Magazine and Life Learning magazine, would speak regularly at education conferences in the U.S. and internationally, and both worked with the homeschooling community in India and was communications director for one of the pioneering schools in self-directed learning. He often would give interviews for major media on the topic of self-directed learning, and at the age of 22 he produced the first and only film about the lasting influence of home education, the critically acclaimed Grown Without Schooling documentary.

Later, Peter would go on to found Unschooler.com and host the Unschooler Experiment podcast, a continuation of his work on the lasting influence of homeschooling.

Strong relationships have always been at the center of Peter’s life. This focus on connection with others comes both from his lifelong spiritual practices with Vedanta, and his firm understanding that nothing is more important than strong relationships.

In 2010, Peter recognized that sharing this capacity to love and build amazing relationships was not only his greatest strength, but also the most important thing he could do with his life. He spent the next several years restructuring his life for this calling and laying the foundation for his relationship coaching work while writing up to 1,200 stories a year as a freelance journalist to finance the transition. He now spend most of his time running Kowalke Relationship Coaching and overseeing his content marketing consultancy, EdChief.

This restructuring included lots of travel, and for the past fifteen years Peter has spent up to half of every year living and working is Asia. He makes annual trips to India and Thailand, and has spent significant time throughout Southeast Asia and places such as Hong Kong and Taiwan.

Part of Peter’s restructuring also included purification so he can deliver more complete service to others, free of personal motives. Laying the foundation has included a gradual renunciation of material possessions, goals and personal gratification for the service of others. Peter even seriously considered joining the Ramakrishna Order as a monastic and did some preliminary training with the Order, although he later decided that he could best serve others if he remained associated but outside the Order.