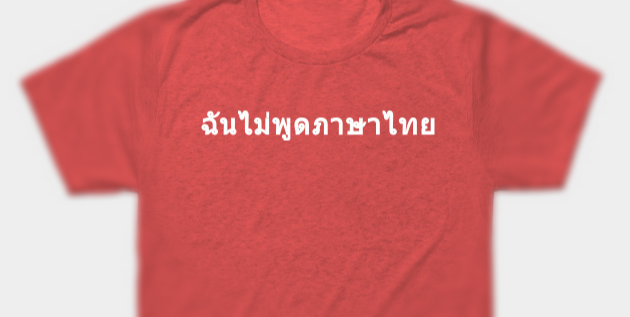 My news this week is that I’m making a big push to learn Thai.

I’ve had a significant relationship with Thailand for eight years, but I don’t know more than five words in Thai. I’m stubbornly monolingual, partially because I’m exceptional at charades, and partially because I’ve always used language as a communications tool above all else.

English truly is the international language at the moment, and even countries such as China and Japan speak enough of it for me to get by without having to learn a second language. So I’ve dabbled in several languages over the years (German, Spanish, Latin, Sanskrit, Hindi, Mandarin), but I’ve never reached basic fluency with any of them. 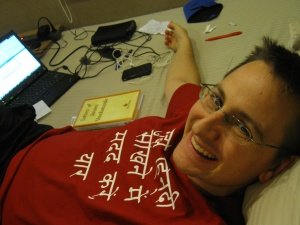 Hindi came closest; at one point I could understand a few basic words in the language, and I could read its Devanagari script. This was beyond my previous foreign language frontier when I studied Spanish during college, but Hindi never reached fluency.

The reason I didn’t succeed with Hindi or any of the other languages I studied was a lack of need. While the mechanics of language are cool, I have a verifiable history of not caring about language much until I truly need it—and I really can get by with English alone. I didn’t even learn to read or write English until I was a teenager needing to write a girl I liked.

That’s why I’m excited about learning Thai: I have a need. I don’t want Covid-19.

Right now I’m a U.S. resident in lockdown here in Bangkok. Thailand is one of the safest countries from a pandemic perspective, while the U.S. is one of the most dangerous. So I’d rather be in Thailand. Because I do not work for a Thai company, have a Thai wife, or qualify for retirement, however, riding out the pandemic here is starting to get tricky.

Student status would help. So while learning Thai has been on my wishlist for awhile, the extra incentive of needing student status takes it from a want to a need. That’s the sweet spot where I actually learn something.

So I’m excited about my Thai language journey, which should start in October unless there’s a new pandemic surprise. I’ve already purchased a comprehensive language program here in Bangkok, and my application is in with the ministry of education. If I succeed, I’ll read and speak Thai by the end of the program. Probably not great Thai, but enough to progress on my own after the intensive.

Let’s see how it goes. The average person doesn’t escape monolingualism later in life as best I can tell; either you make the jump early in life, or you don’t make it at all. But I don’t usually fit the norm, and I also plan on hacking it a bit with the help of a friend. So let’s see where this language thing goes.

Fun Facts About Me and Language

« Taking Sides is Not Right (for Me)
I’m Still Thinking About These Movies »
Awesome. Got it! Please check your email for further instructions.