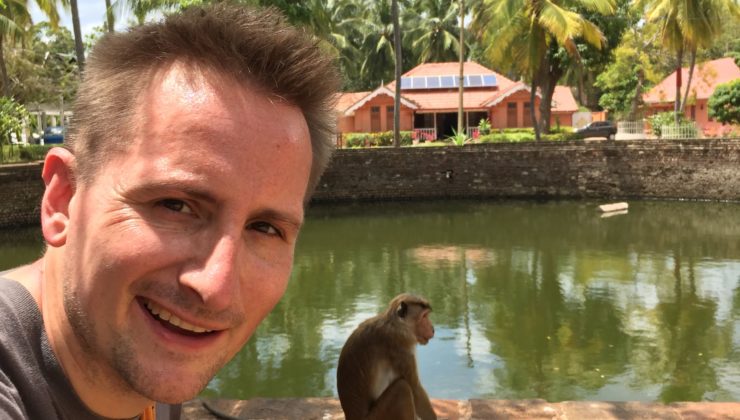 I just got back from a week in Sri Lanka. It was my first time there.

First impressions: Sri Lanka is like India, but much easier. So if you’ve been thinking of visiting India, my old stomping grounds since 2004, consider Sri Lanka instead. It is training wheels for visiting India.

Instead of going into all the ways that Sri Lanka is easier than India, however, let’s talk about the many things I saw during my trek.

But First, the Virus 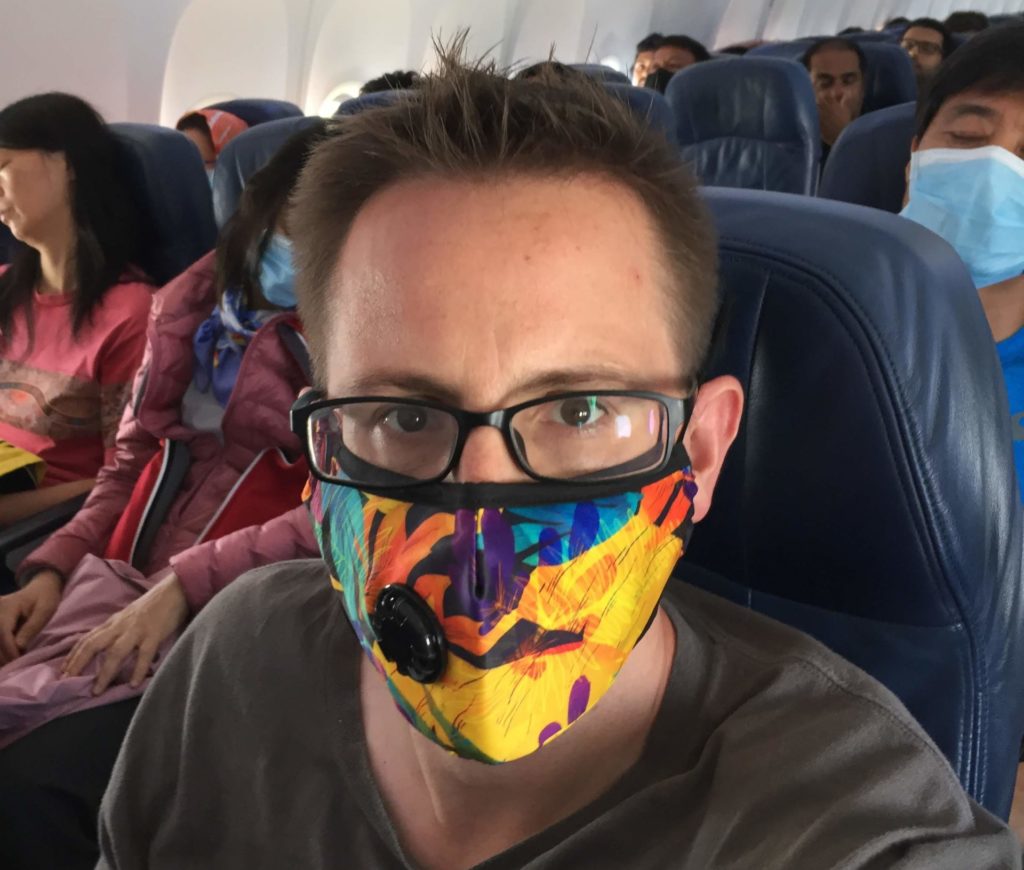 Flying from Colombo to Bangkok.

That said, I wasn’t sure what I would find at the airport when I took my trip to Sri Lanka in late February. What I found was extra precaution, but no more than what happened after the world discovered terrorists can hijack airplanes.

Everyone at the airport and on the plane wore a face mask. There also was an extra virus-related health questionnaire, and a checkpoint where they scanned passengers for fever. But aside from that, it was mostly business as usual; I still licked all Chinese tourists I saw during my trip, as per my norm.

My full thoughts on the Covid-19 coronavirus should be published in a few weeks by HuffPost. If you’re freaking out about the virus and want a sneak peek, though, send me a message and I’ll email you an advance copy of the article. You shouldn’t be living in fear. This trip wouldn’t have happened if I had lived in fear. 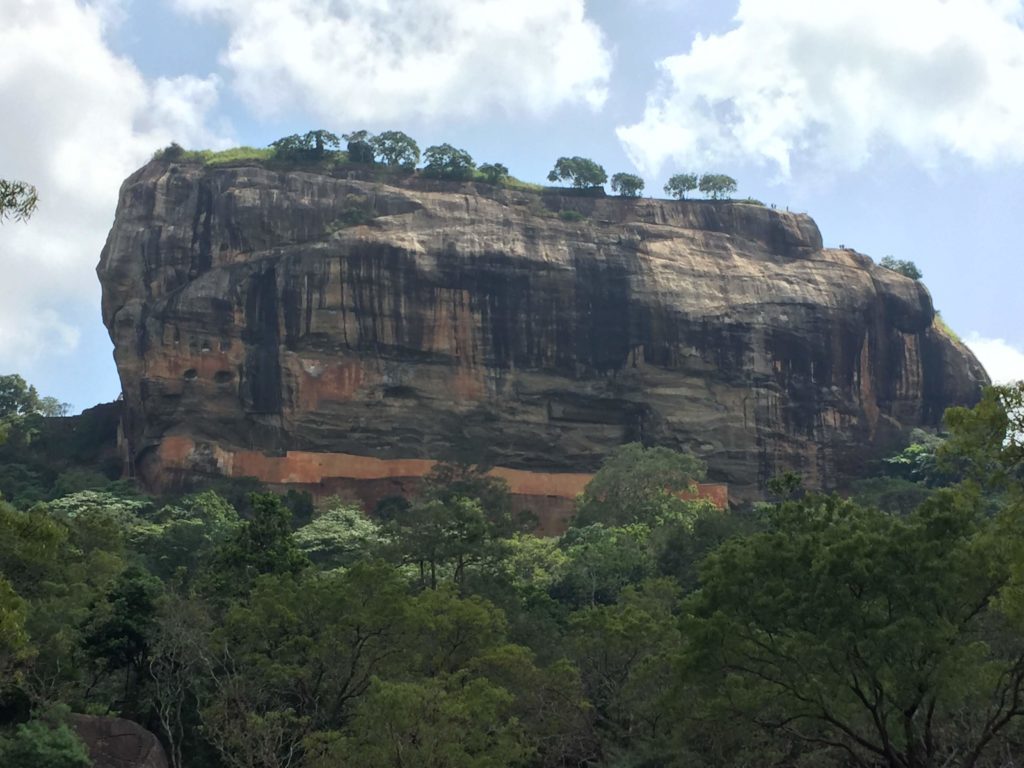 Sigiriya, one of the most famous sights in Sri Lanka.

Perhaps the most iconic sight in all of Sri Lanka is this massive rock that rises up out of nowhere and has old ruins on top, Sigiriya Rock.

I came upon the rock with some skepticism because overly-expensive tourist attractions often underdeliver. I’m not big on the tourist thing.

Sigiriya delivered, however. The ruins were okay, and the climb up the mountain was a fun hike. What blew me away were the apsara paintings. Painted high up on the side of the mountain were these remarkably well-preserved paintings of semi-nude women. Apsara, to use Southeast Asian lingo.

The paintings were good in their own right, with nice proportions. I would have paid just to see them. That these images were painted on the side of a mountain a la Sistine Chapel, but under much higher stakes, made the paintings even more extraordinary.

Watch out for Sigiriya Rock if you go, though. They don’t let you have much fun there. See my video below.

Dambulla Cave Temple: Buddha, but in a Cave 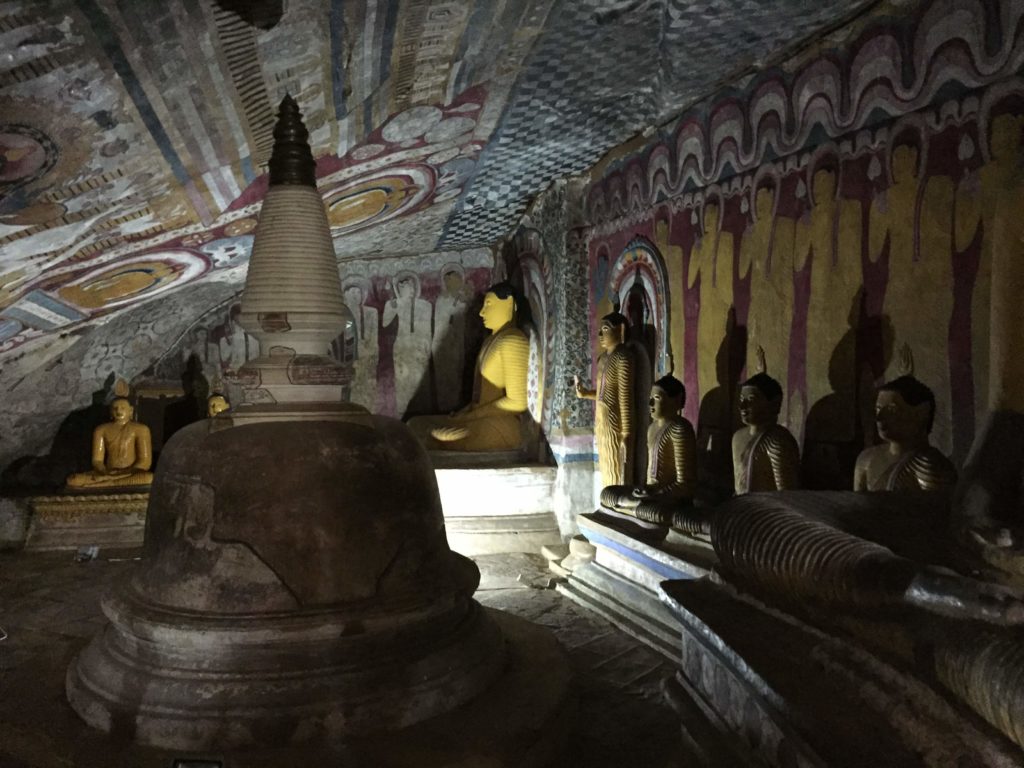 Near Sigiriya is another of Sri Lanka’s iconic sights, a Buddhist temple carved out of a mountain. Buddhist sightseeing isn’t that exciting because you see the same three statues of the Buddha everywhere you go. If the place is grand, it just has more of these statues, often lined up like an assembly line. Or bigger copies of these statues.

Dambulla Cave gave something new, though: The Buddha statues were housed inside a cave high up on the mountain. To reach the cave, you had to climb an endless series of stairs, then brave hot stones because shoes aren’t allowed.

I admired the paintings on the roof of the cave most. What I liked least was having to climb down the mountain and then back up again when they told me at the top that I needed an admission ticket I didn’t have. You would have thought a bribe would work in this case, but no dice. 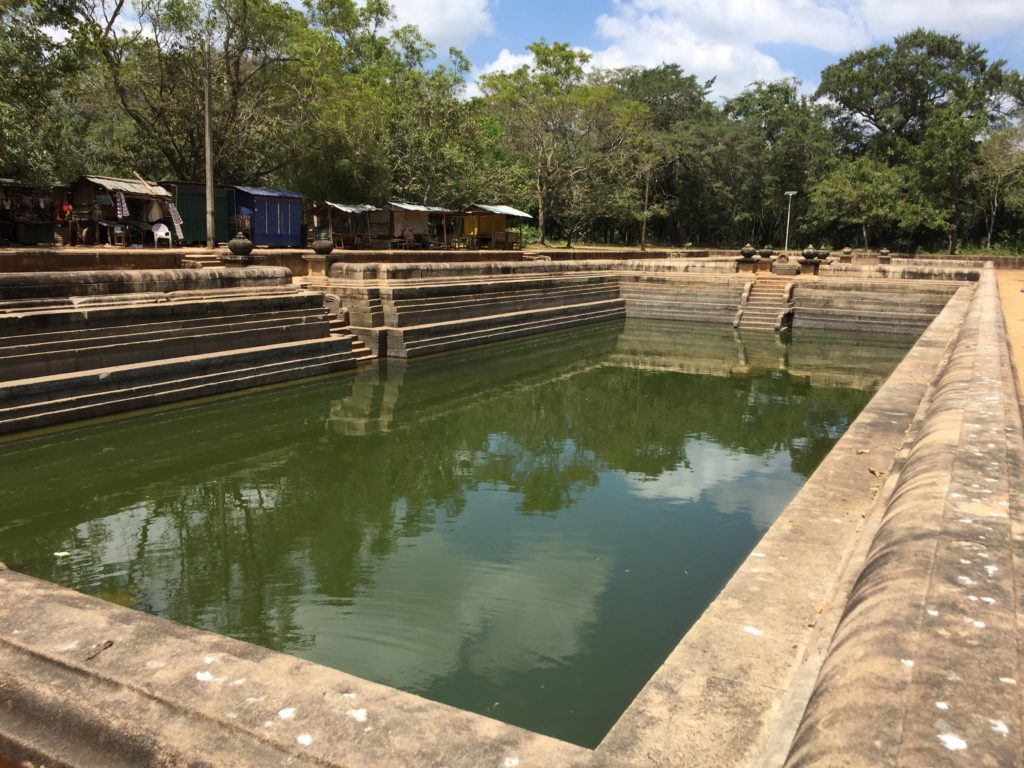 The cultural center of Sri Lanka is the ancient city of Anuradhapura. Sinhalese kingdoms have made Anuradhapura home since the 10th century BC, and the city is loaded with archeological sites the scope of which I haven’t seen since Angkor Wat in Cambodia.

I needed a driver to take me around to all the stupas and historic sites in the area, again much like Angkor Wat. 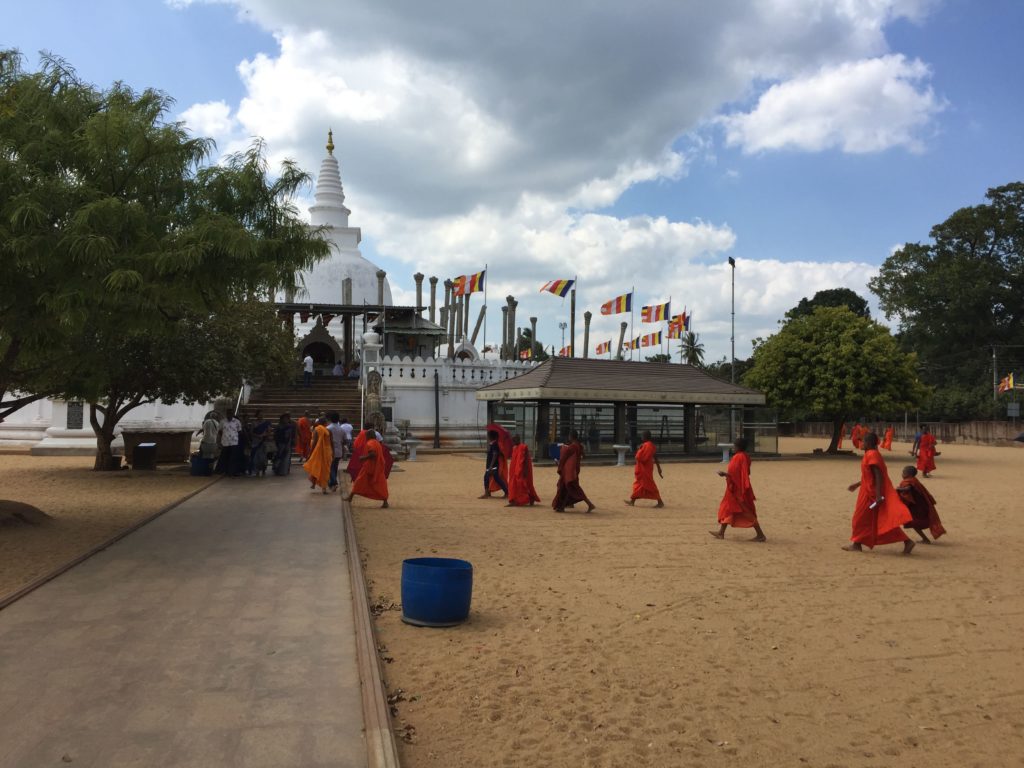 Sri Lanka, known historically as Ceylon, has a long history of Buddhism. This makes sense given that the Buddha came from India and apparently visited Sri Lanka during his lifetime. Buddhism has lived here since at least 247 BC.

We know this because the Thuparama Dagoba was constructed during that time. This makes Thuparama the oldest Buddhist worship site on the island—and a holy place I couldn’t miss.

Even better, during my visit a troupe of young monks came there for worship. I felt the burn from the hot stones on my bare feet, but I also felt the spiritual fire from sharing the space with holy company. Nice timing that.

Perhaps the biggest highlight of my entire trip was seeing the oldest living tree that’s been verified, a more than 2,000-year-old tree that is a cutting from the original Bodhi tree used by the Buddha.

I’ve written an entire blog post about this tree, which you can read here. 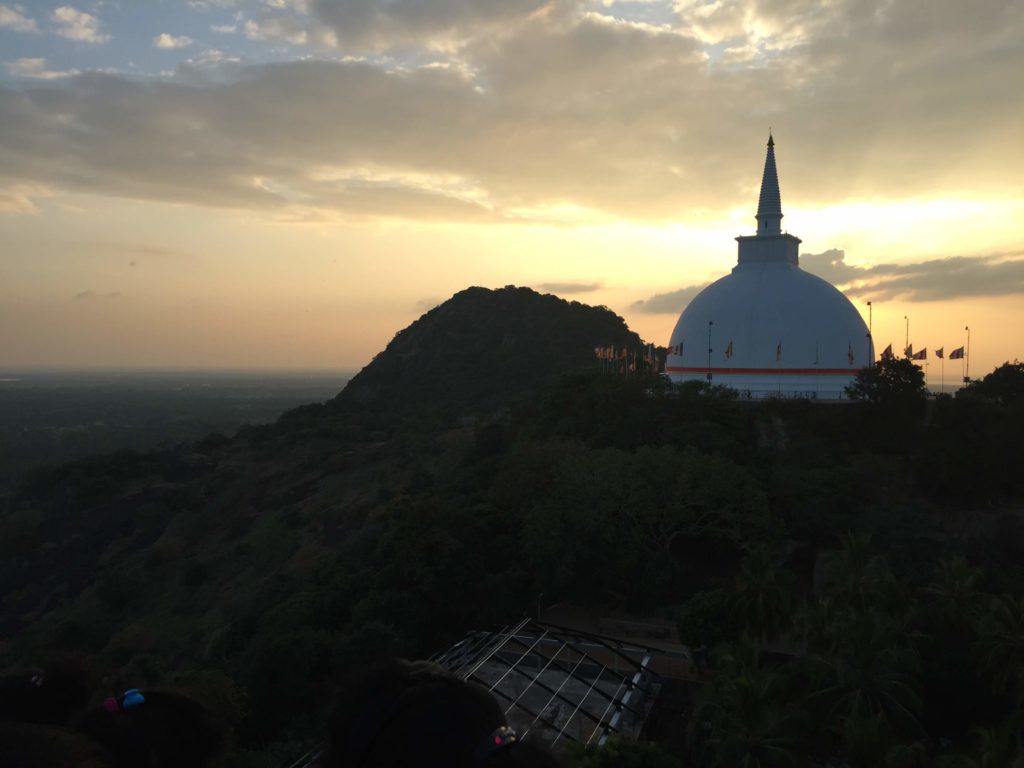 I didn’t originally have Minhintale on my list of things to see during the trip. But my driver kept mentioning it, so I relented. Good thing I did.

Minhintale is a pilgrimage site and former monastic complex on a mountain overlooking much of Sri Lanka. It has history, but what made Minhintale special for me was the view; the complex has three lookout spots, each distinct and with a breathtaking view. There’s the hill with a large, white Buddha statue, and the hill with the historic Stupa of Mahinda, and a slightly dangerous ledge called Aradhana Gala that me and the visiting school kids took great relish in ascending.

I visited Minhintale during sunset, which also was a good call.

Colombo: a Muslim Quarter to Die For 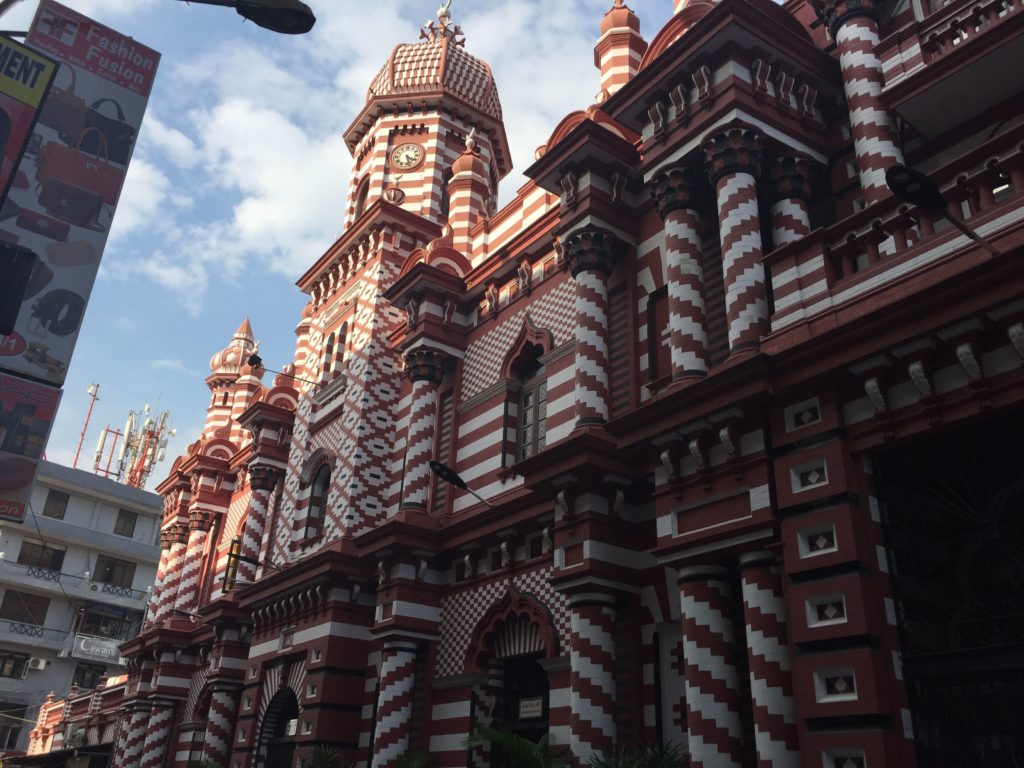 I thought Sri Lanka was a Buddhist country, but Sri Lanka’s capital showed me another side of its population; Colombo wowed me with a robust Muslim quarter in the Pettah district. Aside from the charming old British red brick architecture of Cargills Main Store, Pettah was my favorite part of Colombo.

I have always had an unnatural connection with Islam, and I both smile and get more pious when I see a mosque. Having spent a significant amount of time around Islam, and having approached it on its own terms, I can definitely appreciate a good mosque. And Colombo had them in spades. I think I spent half the day going around Pettah seeing the variety of old mosques in the city. This was as satisfying as any of the stupas I saw during my trip.

The Muslim quarter also had a surprisingly robust outdoor market. I’ve seen many outdoor markets in my day, but Pettah Market might be my all-time favorite. It was bustling and varied, with just about everything you would want to buy—at prices that would make you want to buy it.

I’m toying with coming back to Sri Lanka just so I can spend more time at this market.

Now Back to “India Light” 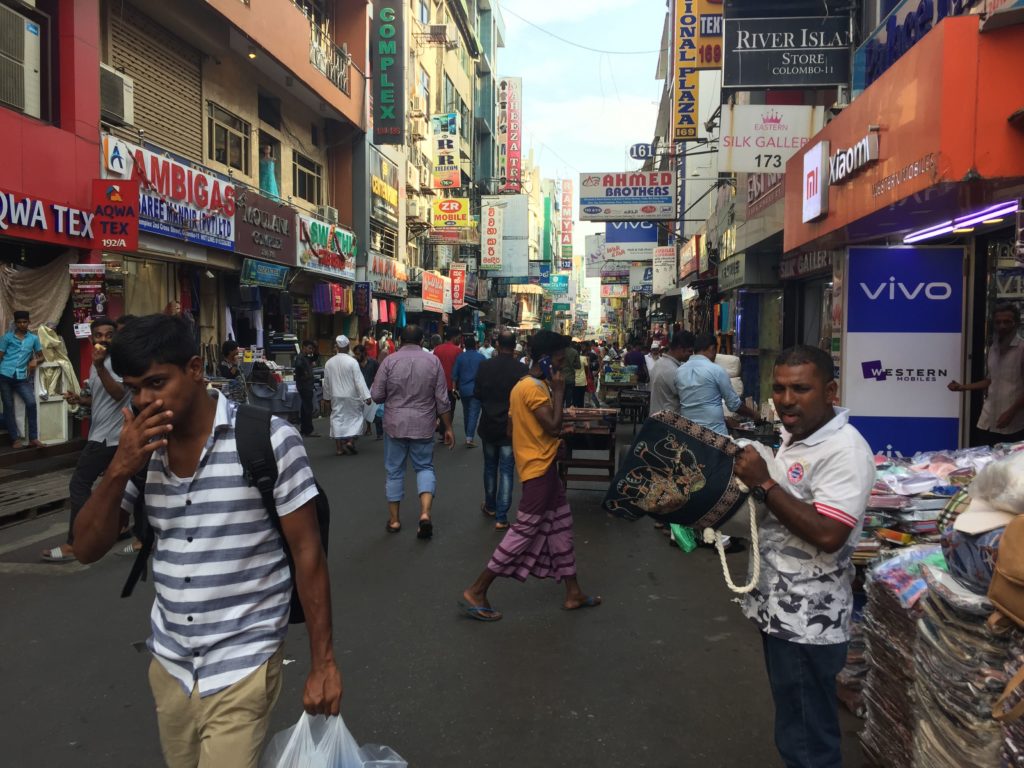 Let’s be honest: India is tough. I love India, but I know of no place that is more challenging on a daily basis than India. This isn’t a suggestion that you skip the country, but it is a recommendation that you come prepared for a cultural, economic and sensorial shock. If you’re not in the tourist areas (and even if you are), at first India will punch you in the gut.

I found that Sri Lanka is similar to India, which isn’t surprising because it literally sits next to India. But while not the easiest country I’ve visited, Sri Lanka definitely was easier than India. It was a cross between India and its diaspora in Malaysia, a place where you felt the Indian magic without all the stress of actually visiting India.

So if you’re thinking of visiting India, start with Sri Lanka instead. Once you’ve got your bearings, you then can up the challenge.

Have you seen my Year in Review? If not, you definitely want to check it out. Last year was crazy.