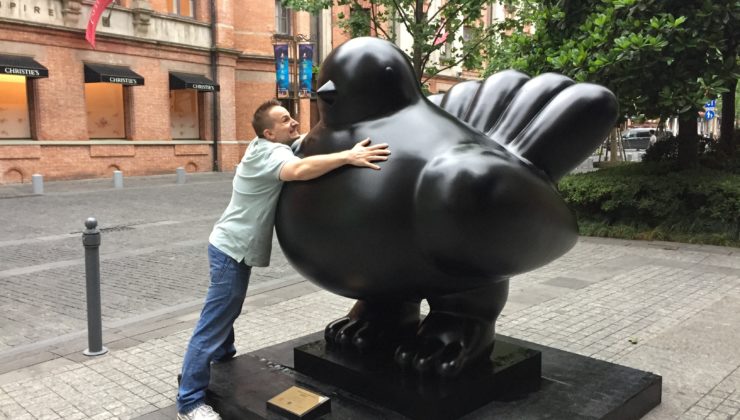 Oops, That was Awkward

So I thought I would end up in Cleveland and New York City. But instead I found myself in Toronto and Bangkok.

The past couple months have been a whirl of travel sandwiched between client coaching sessions and editorial calls. Since May, I’ve been in Bangkok, Shanghai, Beijing, San Francisco, Seattle, Cleveland, Niagara Falls and Toronto. Now I’m back in Bangkok and settling down for some rest and a deep-dive on my relationship coaching subscription service, the Joy Love Club.

Toronto: Discovering the Metropolis in My Back Yard

I found myself in Toronto because I would like a permanent home base in the Midwest near my family, but Cleveland (where my family lives) is just a little too small.

So I looked around and realized Cleveland is only a few hours drive from the much more international and cosmopolitan Toronto. I also saw that it was possible to swing a quick scouting trip there before heading back to Bangkok.

Visiting Toronto made sense. So I spent most of July living in Canada’s premier city…and discovering that it looks an awful lot like Asia (the ratio of Asians to my white Canadian stereotype was something like 8 to 1 by my count). That makes Toronto a pretty good fit.

The last-minute pivot made a hectic year even more unsustainably busy, though. For those who are counting, since January I’ve been in Phnom Penh, Chiang Mai, Kuala Lumpur, Cebu City and Manila in addition to all those places I mentioned above. I needed a rest.

Which is why I’m back in Bangkok now on indefinite hiatus aside from a few short trips to China and Singapore later in the year. I plan on spending the next nine months launching projects off the runway, not myself.

What’s Got Me Excited Right Now

Covering my new marketing beat. Earlier this year, Ziff Davis handed me a new marketing beat in addition to my regular tech writing. I’m loving the opportunity to talk regularly with some of the top marketers in the world.

Working with some exciting clients. While I can’t mention the cool things my coaching clients are doing (one of my couples saved their marriage last week!), some of my editorial clients are innovating around accent training and creating a space for on-demand emotional support.

Launching the Joy Love Club. We ran a test program for my relationship coaching subscription service earlier this year, and now I’m hard at work putting together the ongoing program that should go live later this year.

Redesigning the other sites. Once the Joy Love Club goes live, most of my other online properties will also get a much-needed refresh soon thereafter. These include American Vedanta, the Philia Mission, Unschooler Experiment, EdChief and a few others that have been in stealth mode for the past year.

Living even more authentically. I’ve always lived an authentic life, but things are feeling really good right now as many of the most important threads in my life start to converge and play off each other in an awesome, unified way.

Overall, late summer is feeling good after this period of intense activity earlier in the year. Toronto was fun, but my upcoming spell in Bangkok looks even more promising.

Stay tuned as those projects fly off the runway here in Bangkok.

« US Tour 2018
How the NFL is Changing In Real-Time »
Awesome. Got it! Please check your email for further instructions.