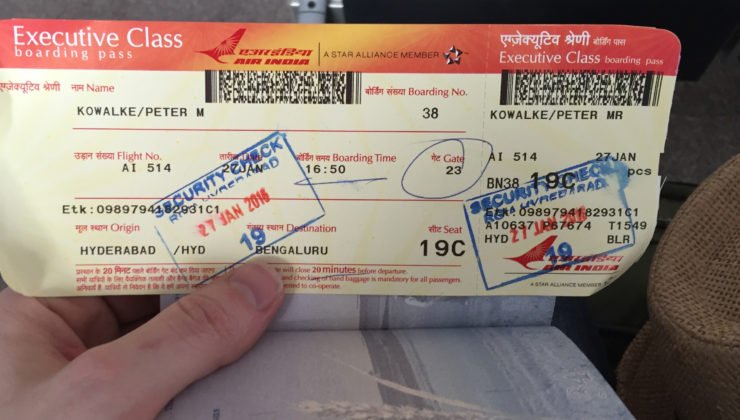 My year started in Ohio, in the same bed I used as a child and a teen. But 2016 actually was all about the other side of the world. Although I’ve spent part of every year in Asia since 2004, in 2016 I actually spent more time abroad than I did in the U.S.

Seven months in Asia this year, five months in the U.S.

It started early in January when I left Cleveland for Manila. Before the year was out, I had spent time in 24 cities across eight different countries. Some places were familiar, such as Delhi and Bangkok, while others were new; this was my first year in South Korea and Japan, visiting friends in Seoul and spending significant work time in Tokyo and Kyoto.

My own personal Asia pivot came about because my New York apartment building was sold late the year before—and thanks to an increasing client base in Asia both for my relationship coaching business and my content marketing firm. I spent a month on the road giving talks and meeting with clients in India and the Philippines, planted at my Asia homebase in Bangkok for several months, went out on the road for another couple months to Japan and South Korea, hopped to the U.S. for Los Angeles and several months in Seattle, went on the road again for a whirlwind tour that included the South (Cleveland, Dallas, Montgomery, Atlanta, New York…), then headed back to Asia so I could start the cycle all over again.

People never see me work, they typically just see me traveling and telling interesting stories. The truth is that I work a lot, however; I just perform it quietly behind closed doors. Not in 2016, though. This was the busiest year of my work life, and much of it was public. Video, talks and business partnerships dominated the year.

Love and strong relationships has always been my focus, even as a child. Helping people get that love and connection, this past year I heavily focused on coaching more couples, attending more events, giving more talks, writing more articles and reaching more people through the most important medium of the day, video. I finally made my big planned push into video with my Talking Love YouTube series, and I produced several private video courses for my coaching clients.

Expect more of a visual presence from me in 2017 as I continue my video emphasis. The Christmas video I made for friends, family and clients is one good example.

Expanding my partnership network was the other big focus this year.

Helping others is the driving force in my life, and I’m pretty good when it comes to love or content creation. But I’m not good at everything, and many people ask me for help with related areas such as matchmaking, spousal abuse, mental health or search engine marketing. These aren’t my strengths, and in 2016 I began developing partnerships with allied professionals who do specialize in these areas.

This past year I greatly expanded the range of my businesses by bringing on staff and developing a referral network for the areas we don’t serve. I jetted around the globe meeting, partnering with and learning from others all year, both to my benefit and the benefit of my clients. Now when one of my singles in India can’t find a good dating prospect, for instance, I’ve got them covered!

I carried a heavy workload all year (neglected friends would say a “crushing” workload), and both my relationship coaching business and my content marketing firm expanded in 2016. 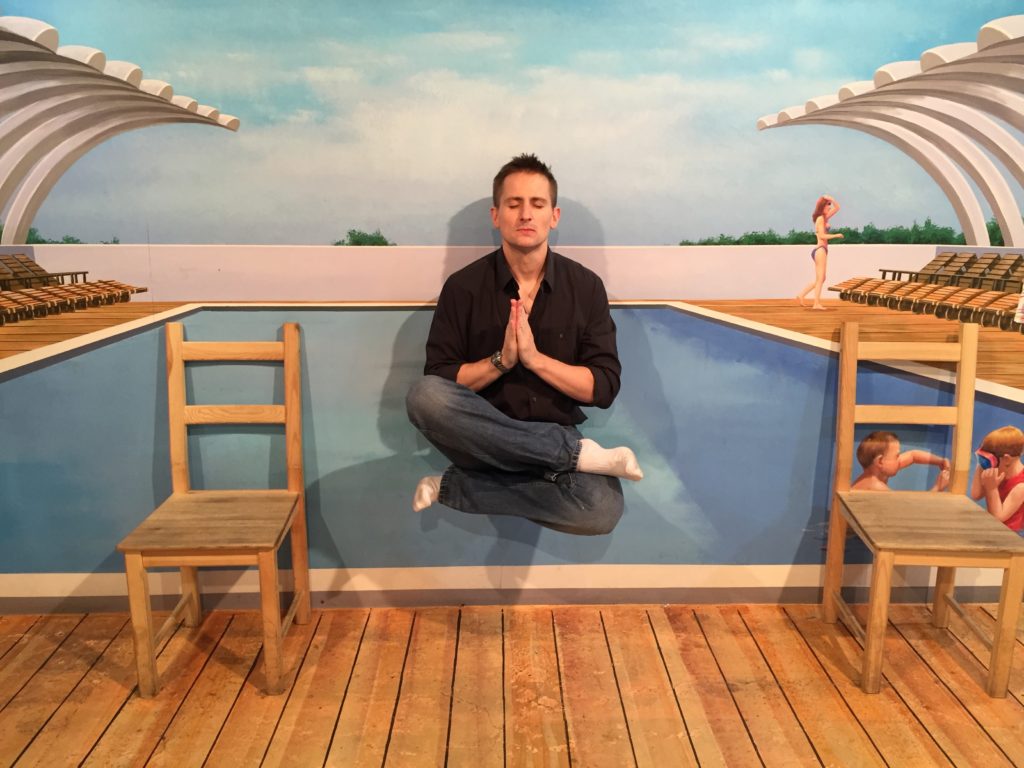 With all this emphasis on business and travel, spiritual advisors would be forgiven if they wondered about my spiritual life.

It was a quiet year spiritually, especially compared with 2015. With my crushing workload (okay, the neglected friends were right—I didn’t take a week off from work all year, and I mostly worked 7 days a week), there was no time for new spiritual initiatives or flashy austerities. My spiritual practice largely consisted of a sunny demeanor in the face of nonstop work and the headaches associated with running people-focused businesses. Living on the road also brought its fair share of austerities.

This does not mean I lost track of what really mattered. My coaching business is very much a form of spiritual service, and it kept me thinking and focusing on the higher ideals of love and service all year.

I also took advantage of the travel, visiting 14 different Vedanta centers globally this year, six of them for the first time. The highlights were the Vedanta Society in Seattle, where I worshipped weekly over the summer, and the exceptionally dynamic and inviting Ramakrishna Mission center in Hyderabad, India. I was pleased to discover that the Vedanta seeds I planted in Ohio several years ago have led to the formation of an energetic Vedanta group in Canton, too.

This year talks continued about me living permanently at a Vedanta monastery, but nothing has yet come of that. My spiritual outfit, American Vedanta, also went on hiatus mid-year while it transitions from a general resource to a focused body for supporting local Vedanta groups and those gradually transitioning to the monastic ideal.

—> If you want to help with the new focus for American Vedanta, let me know.

Last year was not only good for business, it also was good for family. I finally got my mother to Asia; she lived as a local with me in Bangkok for a month, and we took a vacation in Hanoi, Vietnam. Building off our great bonding experience in Turkey the year before, I also spent the summer deepening the bonds with my brother in Seattle. He and his pregnant wife were so gracious, walking away from their hospitality and easy living was arguably my most significant spiritual accomplishment of the year.

It was a busy year. It was a crazy year. But overall, 2016 might be remembered fondly once I catch my breath. Here’s hoping your year was the same.

As we roll into 2017, I wish you happy holidays and a Chinese curse: May you live in interesting times. 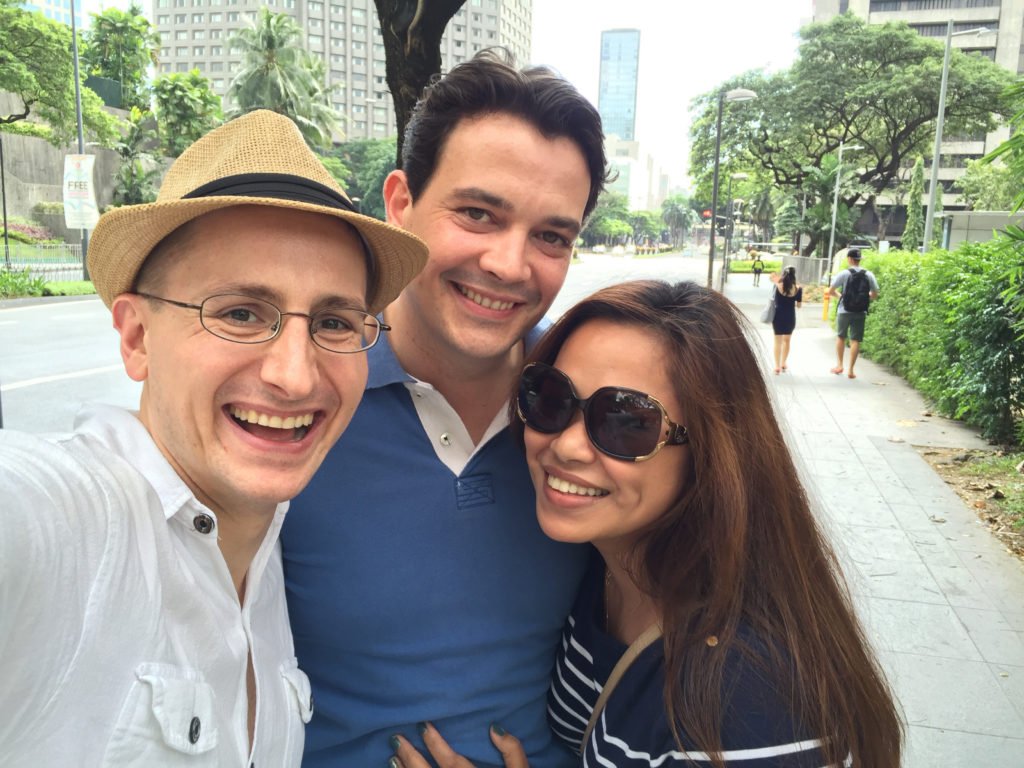 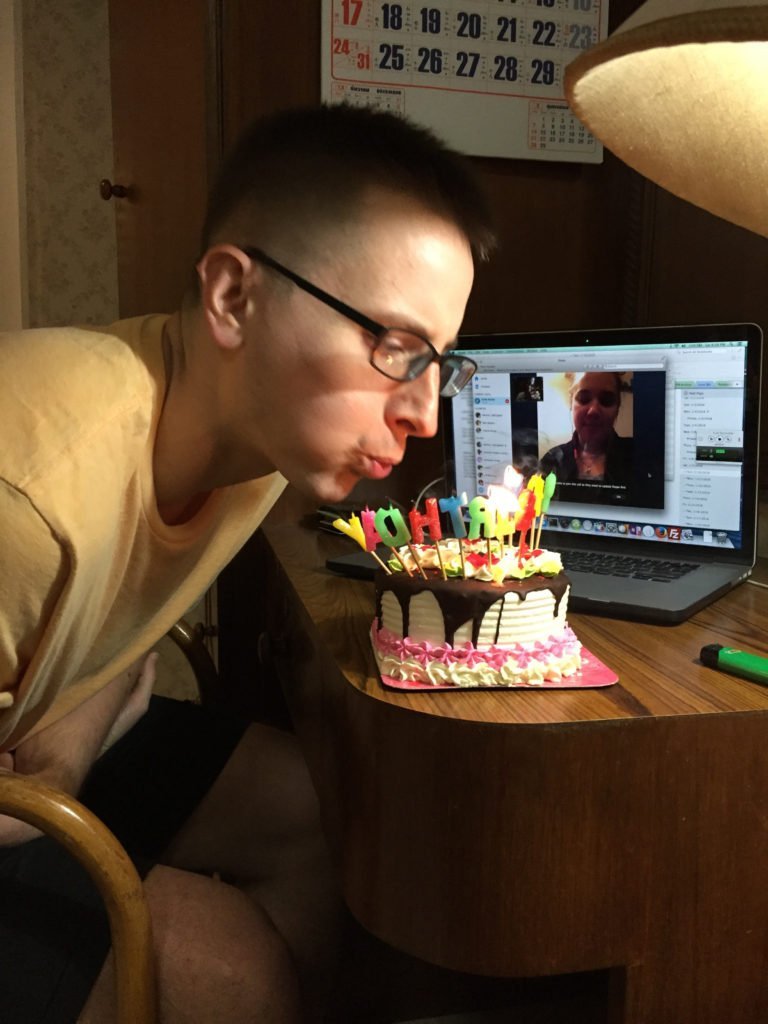 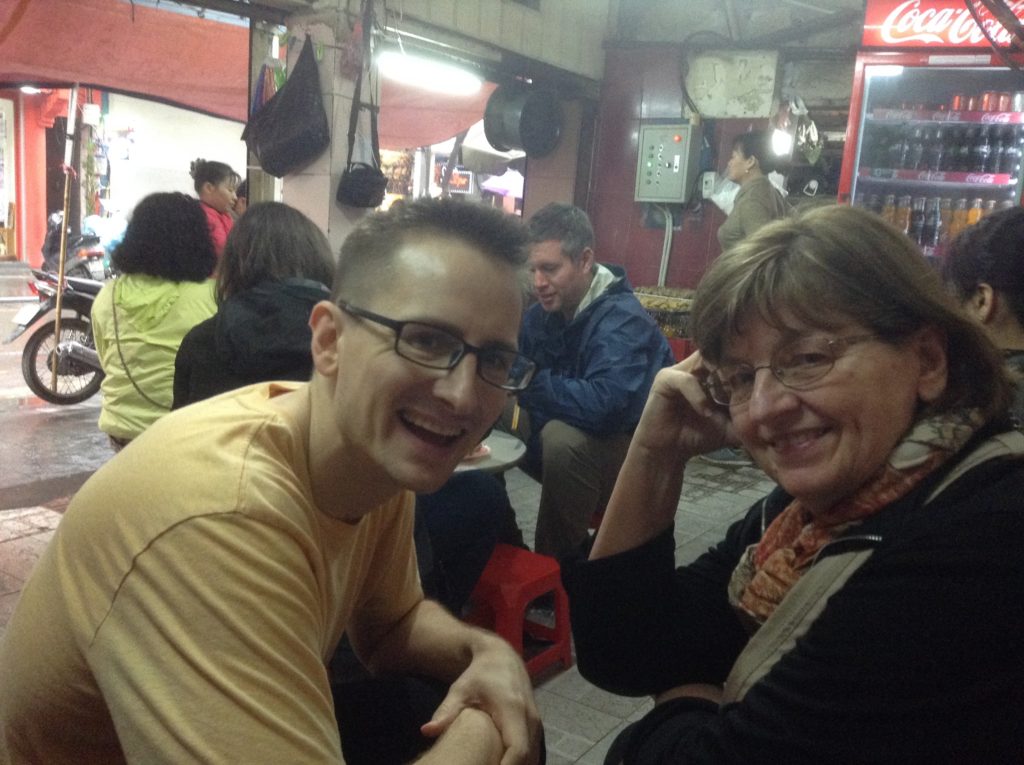 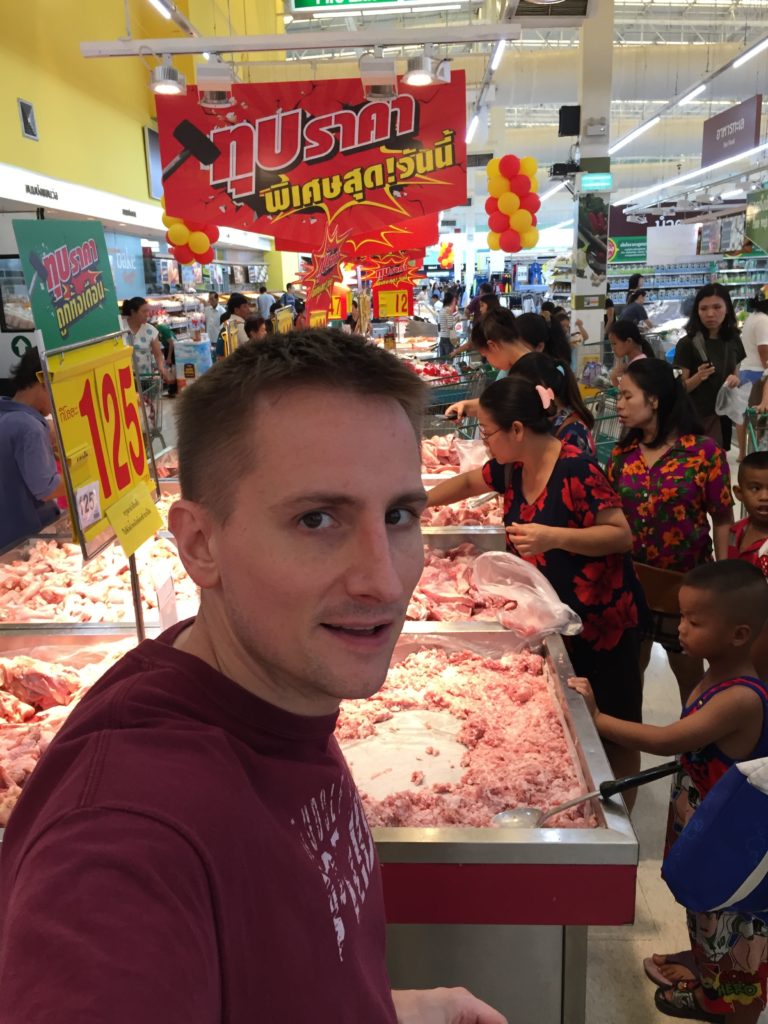 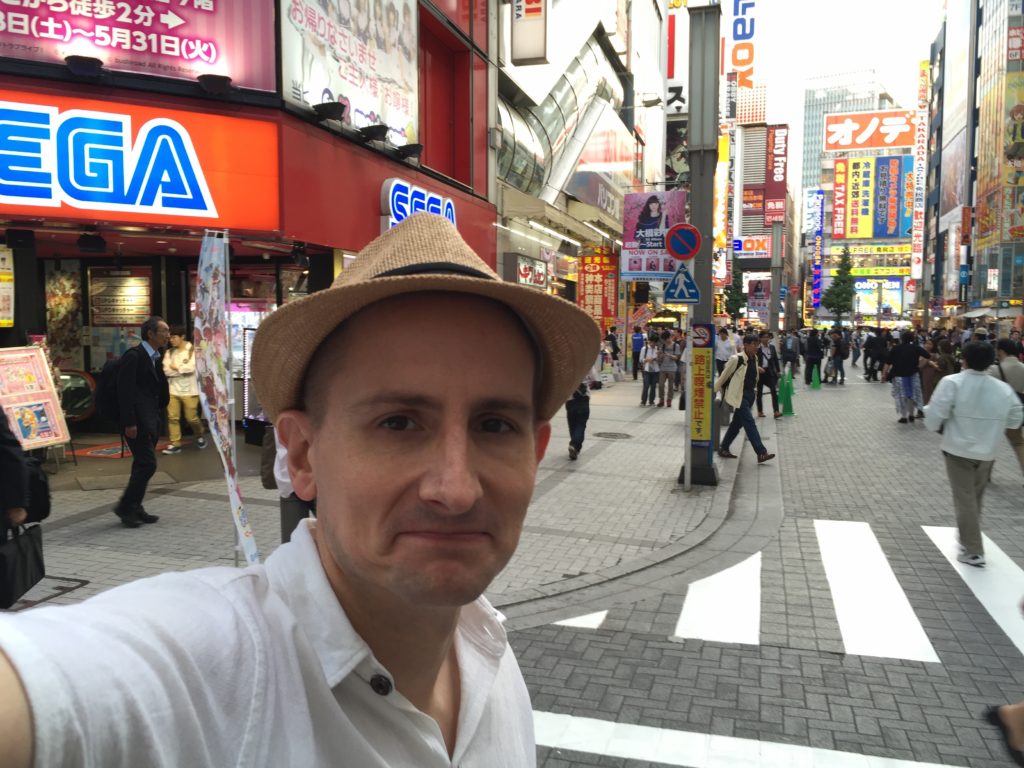 May 18: Looking at toys in Akihabara. Tokyo, Japan. 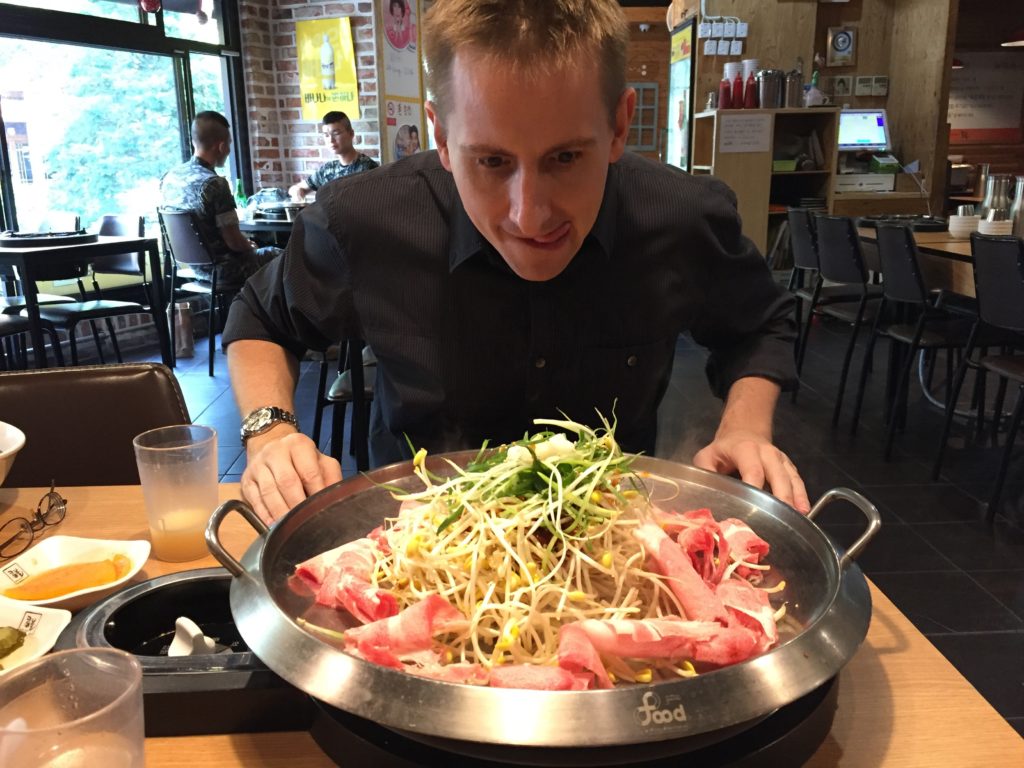 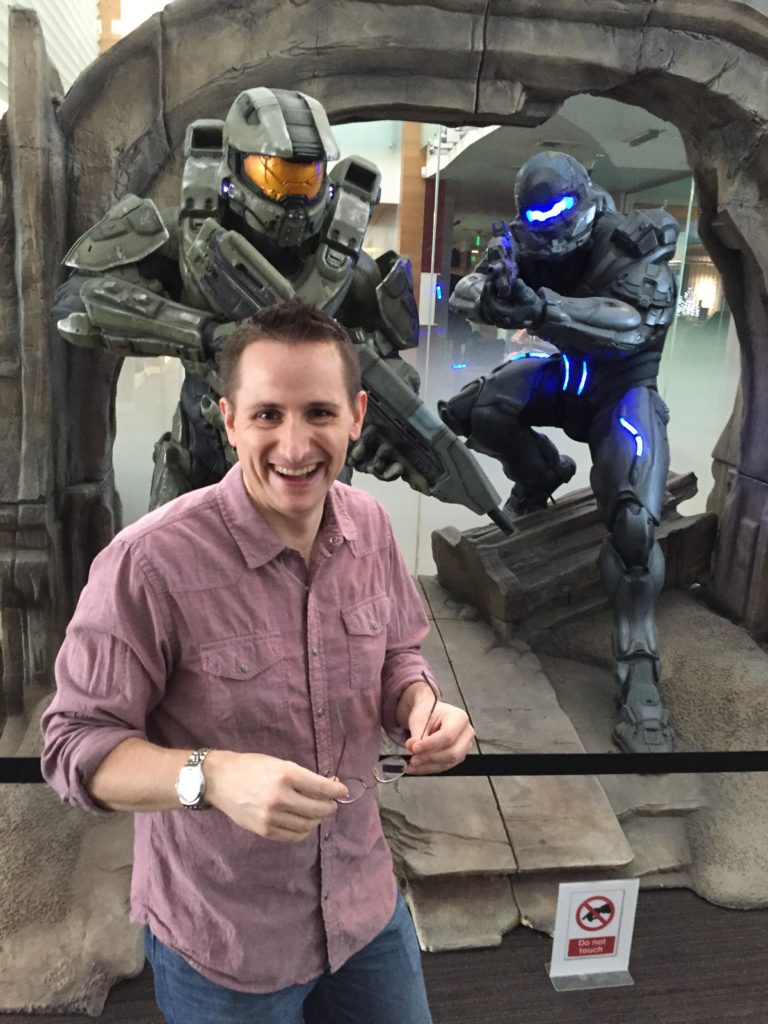 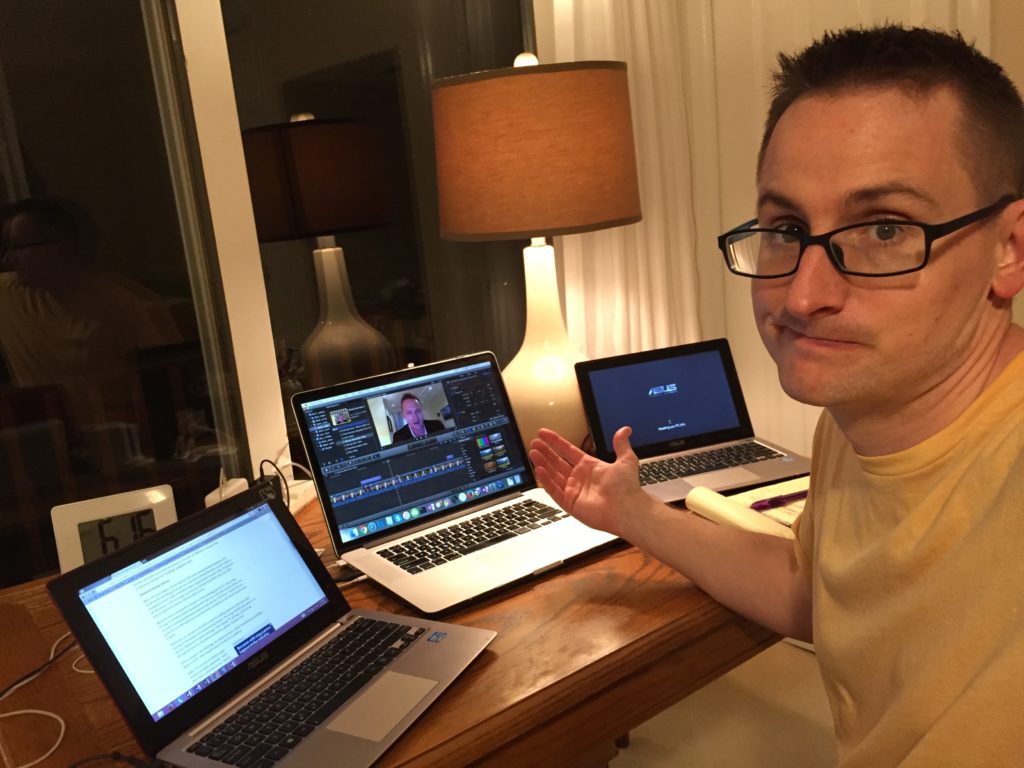 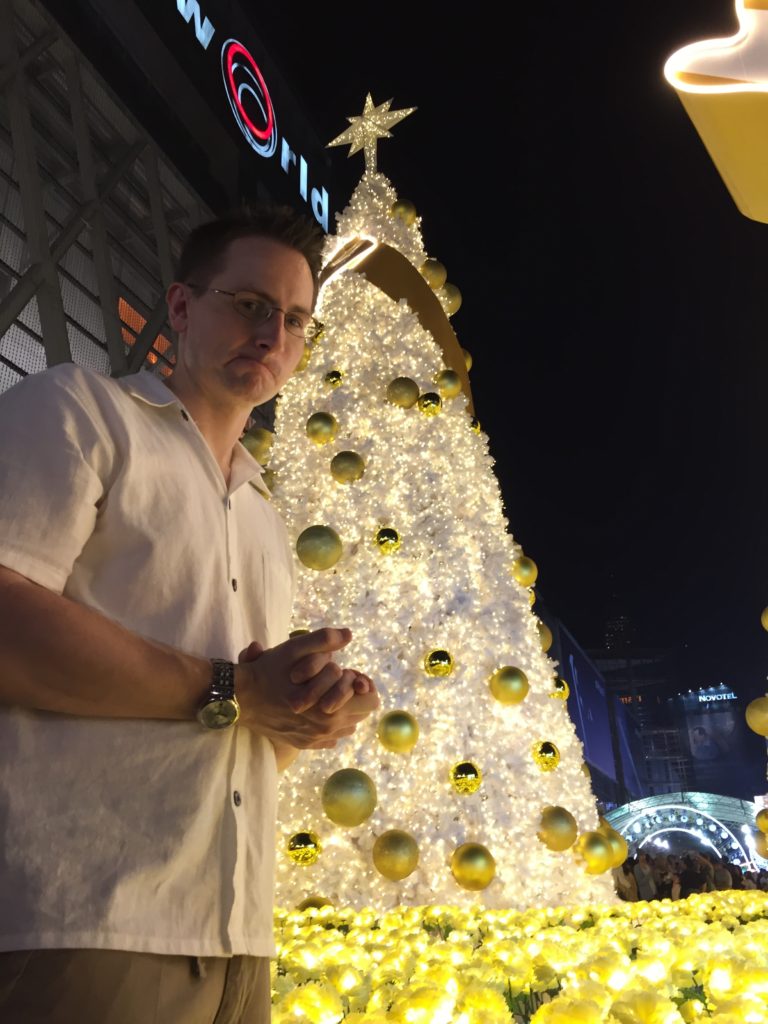 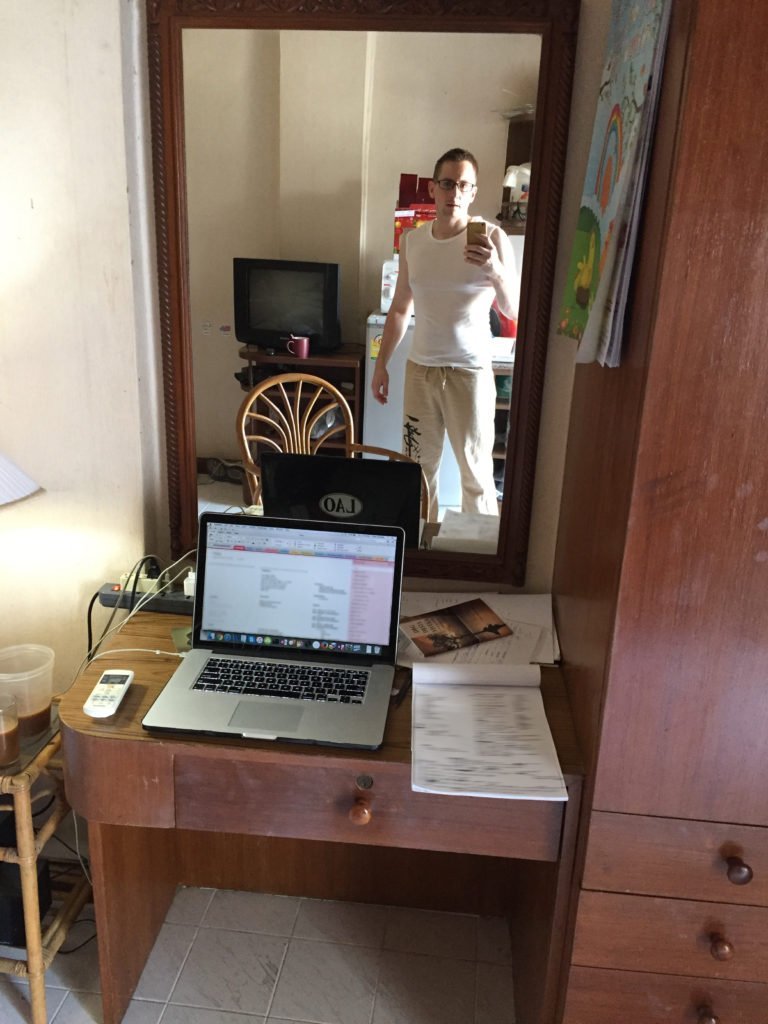