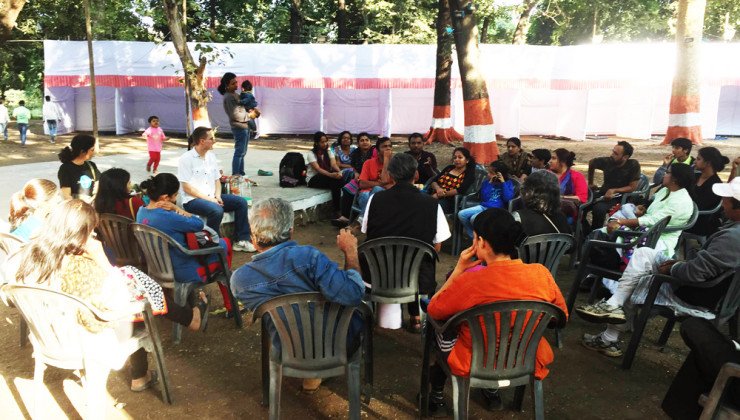 I spend part of every year in India, and I have for a decade.

This past January, however, I saw more of India in a month than several of my previous visits combined. I was on a mission to understand the Indian relationship market. I crisscrossed India meeting with couples, life coaches and CEOs at Indian matchmaking firms. I also gave several talks and workshops on relationships. Let me share what I found.

First, Indian relationships are complex. Family is critically important, and traditions are strong. At the same time, meeting these obligations can sometimes come at the cost of love and personal happiness—and this puts many Indians in a bind.

Somewhere between 69 percent to 90 percent of all marriages are arranged in India, largely because of tradition and a greater focus on family dynamics.

Despite what urbanites and some Westerners think, this is a choice as much as a cultural obligation: nearly three quarters of all Indians between the ages of 18 and 34 still say they would prefer an arranged marriage over a “love” marriage. Arranged marriage is alive and well in India.

This respect for family doesn’t stop us from wishing we could have both, however—family approval and the romance we hear about in the movies. Semi-arranged marriages that are led by the couple themselves now account for a quarter of all Indian marriages, and almost every Indian I know would like a marriage filled with love.

That’s why I was crisscrossing India this year. I knew this, and I also knew that Kowalke Relationship Coaching could help. The work I do can turn an arranged marriage into a love marriage because we understand how to bring people together at the deepest level. Couples can have the best of both worlds: the solid fundamentals that come from an arranged marriage and the deep connection that is at the heart of a good love marriage. It doesn’t matter if the couple has been married for 20 years or they are just now tying the knot. Indians shouldn’t settle for a functional marriage that lacks love, connection and vitality.

I recently started Kowalke Coaching’s Indian Relationship Services to meet this need. Understanding the market was why I was crisscrossing India and meeting with so many people.

The response I got was strong, but I admit that we have our work cut out for us from a marketing perspective. Nearly everyone I spoke with strongly agreed that the need was great. “I can’t tell you how many friends could benefit from this” was the common refrain. But they also said that their friends would have a hard time seeking outside help and admitting there was a problem. It wasn’t socially acceptable.

This is a marketing challenge because coaching is not about fixing problems; I am not a psychologist, and our clients are not broken. The people who hire me are successful and good at relationships for the most part. That is WHY they hire me—they are successful enough to know they want deeply satisfying love and a great relationship, and they know that reaching this excellence comes from working with experts in the field.

Communicating the difference between “fixing people” and not settling in your romantic life can be a challenge, however. The challenge is twice as great in India because there’s not yet a widespread cultural understanding about the value of personal coaching. I found that while many Indians were interested, they first had to get past the idea that self-improvement implied they were broken.

Most people expect too little from their relationships, and they don’t know how to reach their relationship dreams even if they do have a high standard. This is true around the world, and it is doubly true in India. Too many Indians are settling for fake relationship gold when real gold is available.

So the first task is spreading the word. Indians deserve the best, and honestly they are in a good position for having it all from a relationship perspective. But first they need to know that the bar has been set low. Then they need to see that having a relationship coach is a mark of success and not a sign of failure. This was the big takeaway from the trip.

How we’re planning to spread the word in India (and elsewhere) is through Kowalke Coaching’s free training emails and its Facebook and Twitter accounts. I’m also giving talks to groups large and small so people know they have options. If you know someone who could benefit from more love in their life or a stronger relationship, let them know about Kowalke Coaching’s training emails. If you have a speaking opportunity where we can spread the word—in India or elsewhere—contact me.

One of the great Indians, Mohandas Gandhi, famously said to “be the change you want to see in the world.” I’m trying to do that. I personally know nothing more important than love and a happy relationship. That’s why I run Kowalke Relationship Coaching, and why we’ve expanded into the Indian market.

As I learned during my recent trip, however, helping Indians with their relationships will be a long journey. That’s because Indians feel the need for better relationships like everyone else, but they don’t know how to get it. And when they do know, they are afraid to actually go for relationship success.

A modified version of this article was simultaneously published on the Kowalke Coaching blog.

« My Year in Review: Peter Kowalke in 2015
Change is the Only Constant »