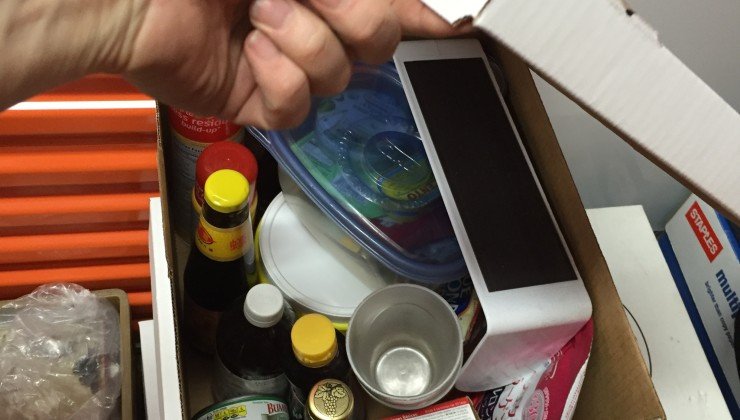 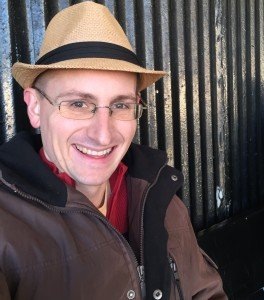 The most common question I get is, “Where are you now?” I get asked that question a lot because I spend half the year on the road, but also because I don’t live in just one home. As a monastic with the Philia Mission, I’m technically homeless. But in practice this means I have several “homebases,” places where I reliably can stay for 2-5 months in a row with enough advance planning.

Currently I have homebases in New York City, Bangkok, Delhi and Cleveland, with New York and Bangkok where I spend the most time. This could be changing soon, however, because I just moved out of my New York City homebase of the past five years.

Living simply is my modus operandi as a monastic, but in New York I almost felt guilty because my place was so sweet.

It was the perfect apartment, lacking in almost nothing. I was a 10-minute walk from Astoria Park and five minutes from a hip downtown with everything I needed. Laundry was nearby, the airport 45 minutes door-to-door, Midtown Manhattan 20 minutes away by metro. Although I lived in a house with three other roommates, I had a large bedroom with four windows and a massive private balcony overlooking a quiet tree-lined street. My bathroom and kitchen were large by New York standards, I had more closet space than I could use, and it was easy to rent out my room when traveling. Rent also was cheap, and all utilities, Internet and cable TV were included.

I’ll probably never have it so good again, but the Astoria neighborhood where I lived has gentrified at a steady pace since I arrived. With the house next door going for nearly $2 million last year, recently my landlord began making noise about wanting to sell. So with an eight-month trip on the horizon, I moved out last week and threw my stuff into storage. Now I’m even more homeless than usual.

The location of my replacement homebase is still unknown. Most likely I’ll set up shop in San Francisco, although it also is possible I might find another place in New York City or establish in Los Angeles, Washington D.C., Chicago or Dallas.

What’s known is that I won’t be establishing any place for the next eight months because I’ll be on the road until June.

Right now I’m working from my Cleveland homebase and spending the holidays with my family. Then on January 4th I fly out to Asia for my annual trip there. I’ll start in the Philippines, and spend most of January taking appointments throughout the major cities of India. I’ll move to my Bangkok homebase by February 1st, where I’ll stay until mid-May except for a brief trip to Hanoi, Vietnam. Then I’ll travel two weeks in Japan and a week in South Korea before flying into Los Angeles on June 8th.

Hopefully by then I’ll know my next step. But for now, I’m even more rootless than normal.

Not that anyone will notice. My lifestyle is so thoroughly mobile, all my routines and work will continue uninterrupted. My relationship coaching will continue as normal, as will my writing and my spiritual practices. I will continue to “maybe” be available for social events, and both calls and emails will still get the same quick response. I just am down one homebase at the moment. And it is travel season again.

Follow me on my journey by getting my email updates. If you don’t already, now is a good time to start.

It also is a good time to sign up for relationship coaching, especially if you’re in one of the cities I will be visiting. We’re about to roll out some holiday discounts that are pretty awesome, so email me and I’ll pass along the discounts before they go public. Maybe you’ll be one of the people I’ll be Skyping with while in Asia.