Turkey and the Evolution of My Travel

The head monk of the Ramakrishna Mission in Delhi dropped a bomb during our long car trip from India’s capital to the Himalayan hill station in Shyamlatal a few weeks back.

“You need to travel less,” he advised. “You’re dissipating your energy.”

He was right. I do travel too much. 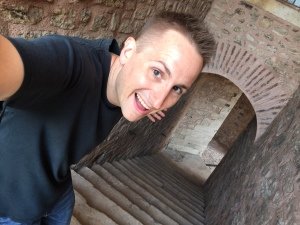 Let’s take 2012 as an example: I left for India in December of 2011, and I was on the road in Asia until July, 2012. Then in August of that year I flew off to speak in Dallas, attended my brother’s wedding in northern California, and spent the next two months living in San Francisco and Los Angeles before making a stop in Washington D.C. and returning home to New York in November. I was then back in Asia four months later for another five months on the road. This volume of travel is typical of me the past five years.

There’s a reason for all the travel: monasticism. I do not become attached to a particular home, to a particular routine, to a particular culture if I am moving every few months. I rarely get trapped in the pettiness of “my way,” or in commitments that force me to be the same person when I know I should change and grow. Materially, living out of a suitcase also ensures that my possessions are few.

I’m pursuing a monasticism in this world, so I am constantly under threat of attachment, possession, and waking up one morning to discover that I have two kids and a house. My solution is just enough aloofness that I am never caught by the net of this worldliness, but enough stability that I can make commitments and ensure that I am not running from the world, either. I work from the road, and I stay in one place for a few months–but never longer. This is the path of the wandering monk blessed with a smartphone and telecommute options.

In that context, the advice from the senior monk in Delhi sounds wrong. He is a monk living in a fixed location and with the protection of a monastery, I am an aspiring monk of a different sort who is constantly under threat from the lures of my former life.

There is some truth in his suggestion, however. I certainly am dissipating my energy, because travel takes time and a fluctuating routine makes it hard to focus. The monastic wasn’t arguing for attachment or an easier life, he was arguing for concentration.

Which brings me to Turkey.

I love Turkey. I have an apartment in Istanbul, and I feel quite at home because the culture is a mélange of East meets West. There might be more ethnic groups in New York City, but Istanbul is more ethnically diverse because the ideas from different cultures have stewed together for hundreds of years in a way that global cities such as New York and Singapore cannot match. I am at home, I am intrigued, I am coming back.

This poses a problem since I’m already balancing too many locations. At first there was India, but now there are many countries I must visit. Even when I try to plant myself in a place such as Bangkok and reluctantly take a year off from visiting another important country in my life, such as the Philippines, I’m still pulled in the direction of too much travel.

I talk nonattachment, but attachment enters in the back door because I’m getting attached to travel and the many places I stay. I’m free, but free only to travel. I’m not free to stay in one place or concentrate. I’ve made great strides in being a global traveler, for instance, but I’ve made remarkably less progress starting my coaching business. It is time for a change.

The fundamental premise of not having a home is sound, I think, but I need less travel. Planting myself in Bangkok the first few months of this year was a tacit acknowledgement that there should be more stability, but the attempt was only partially successful because within that time I hopped to neighboring countries for visa reasons, then followed Bangkok with several months of greedy, hardcore travel that has been fun but certainly distracting. 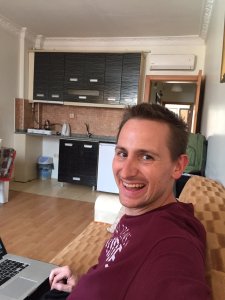 Sitting here in my Istanbul apartment, being a bad tourist, I’m reminded both of the attempt at stability and the lure of more travel. More travel is winning, and I must restore the balance.

So here in Turkey, my travel methodology is evolving. I’m moving toward the idea of longer stays, less destinations. Instead of moving every four months, maybe I will plant myself for six to nine months before relocating. And instead of taking many of these short visits to other countries every year, I will scale back and mimic the vacation schedules that most other people pursue—a couple short vacation visits per year. This is far from the nomadic lifestyle I am living at the moment.

Basically, I’m traveling too much. That’s why, when I reach New York on June 1, I will stay put until my next visit to Bangkok. Then when I reach Bangkok in January, I will stay longer and pay for a visa that doesn’t require the border runs. I will see a few other countries briefly, at the tail end of my trip, but not the eight countries like I saw this year.

The monk was right. I need to travel less so I can concentrate more. I just don’t want to plant so long that I wake up with a house and two kids.