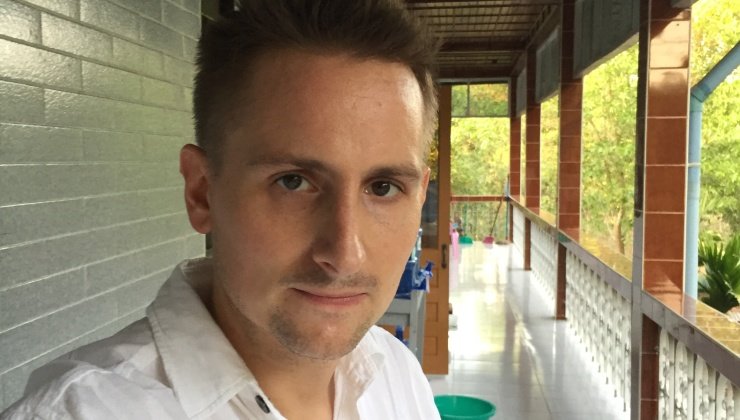 I’m in a moment of transition as I wrap up my affairs here in Bangkok and prepare for the next leg of my trip: Australia.

Since late November, I have more or less been stationed in Bangkok at my Asia home base, a small apt by the metro here. Far from sexy, my time in Bangkok mostly has been work. It has been quite pedestrian. I have been writing a lot of tech articles, helping the Ramakrishna Vedanta Association of Thailand, and exercising quite regularly. Anyone who knows my life in New York City will know my life in Bangkok basically; being here is less a vacation and more a change of scenery and opportunities. 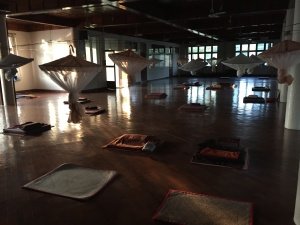 Where I meditated in Burma. At the Panditarama Hse Main Gone Forest Meditation Center.

There have been two big exceptions, however: near the end of the year I spent several weeks visiting (and yes, working) in Laos and Cambodia. Then in mid-February I left for two weeks in Burma (also known at Myanmar).

Burma was life-changing, which I did not expect. I had been to Burma before, so most of my visit was time at a monastery. That monastery could have been in upstate New York just as easily as Burma, so it was not exactly an adventure trip; my journey was almost entirely inward.

The “wasted” hours were seriously useful in a different sense, however; I found utter clarity at the monastery, and I came away with a legal pad literally full of notes and diagrams and adjustments for my life and business. It was as if I had been experimenting for the past 18 months, and I collected and analyzed the data while at the monastery.

I was worried these insights were false, and that I’d return to normal when I got back to Bangkok. But two weeks later, I’m still a changed man; Burma 2015 could prove a noteworthy moment in my life, although it is a little too early yet to tell. Stay tuned. 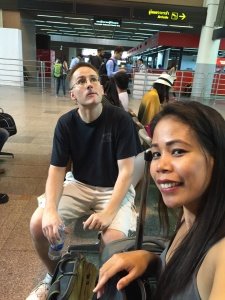 In the airport waiting for flight to Yangon, Burma.

I returned from Burma on Feb 26 (you can always track my whereabouts on my Location page). Since then, I have been catching up with writing work and other projects. Importantly, I also have been preparing for my departure from Bangkok.

While I have been settled more or less since early December, I head into heavy travel mode starting March 26. I will be visiting Brisbane, Sydney and Melbourne in Australia from March 26-April 17. Then I will head to Singapore and Kuala Lumpur for a week. After that I will be in India and the Himalayas from April 24-May 16. After that, probably tired and ready for a break, I will spend the next several weeks in Turkey before reaching my New York home base on June 1. I surely will need a rest by that point, so don’t expect a lot of exciting updates in the month of June!

I am just now catching the excitement of visiting Australia for the first time. Mostly I am busy with the details, however. Half my flights are booked, but not everything. Where I will stay is still somewhat up in the air, so that also must be finalized soon.

There is saying goodbye to Bangkok for another 8-10 months that also makes me a bit wistful and busy. As happens everywhere, friends here in Bangkok are just now starting to wake up to the fact that soon I will be gone for another year. This is the cruel logic of being friends with a wandering yogi.

P.S. More photos of my recent travels can be found here.

« With Love from Burma
Last Week in Bangkok (Basically) »