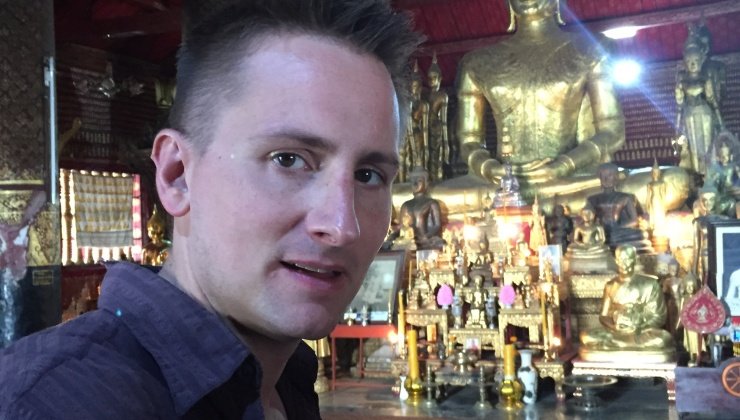 My 36th Birthday and Its Significance

Not many people know that I want to be a monk. But I do. And I’m actively working on it.

For several years I’ve been seriously considering whether or not I should join the Ramakrishna Math, a Vedanta monastic order. On the one hand, joining the Order as a monk is the all-in path and the most obviously legitimate route for being a monastic. On the other hand, the Order has an Indian cultural outlook that I do not fully share, and I am not sure it is the best way I personally can serve others.

So one part of me wants to join, and the other part of me knows I should not join. I’ve more or less decided that I should not join the Order, and that instead I should chart a middle path that has me functioning as a monastic but less perfectly and more in the world. But every week I ask myself if this is a mistake, if really I am just not confident enough to take the plunge as a “real” monastic.

There actually is a deadline for this decision of whether or not I should join the Ramakrishna Order. That deadline is February 6, 2015, my 36th birthday.

The Ramakrishna Order only accepts monastic aspirants who are 35 or younger (30 in India). This limit is imposed on the grounds that it is important to train people before they are set in their ways—and so people don’t live a materialistic life and then join the Order as a kind of cost-free retirement option. Some people have argued that this is a silly policy and I could get an exemption anyway. But generally I agree with the policy, and if I’m going to take the plunge I really should do it now and not “some day.”

So this week is a big one for me. It is my last opportunity to (easily) become a monk. I probably should celebrate the milestone, but the irony is that as a monastic aspirant I shun “special” days and celebrations that focus on me.

After February 6 of this year, my options for becoming a monk will narrow considerably. But that doesn’t mean I have given up the plan to become a monk. I’m already living it, just slowly, quietly and less completely than my brothers who are training at monasteries.

I have big plans to continue this process of quiet transformation. The plan revolves around the idea that monasticism does not have to be all or nothing. 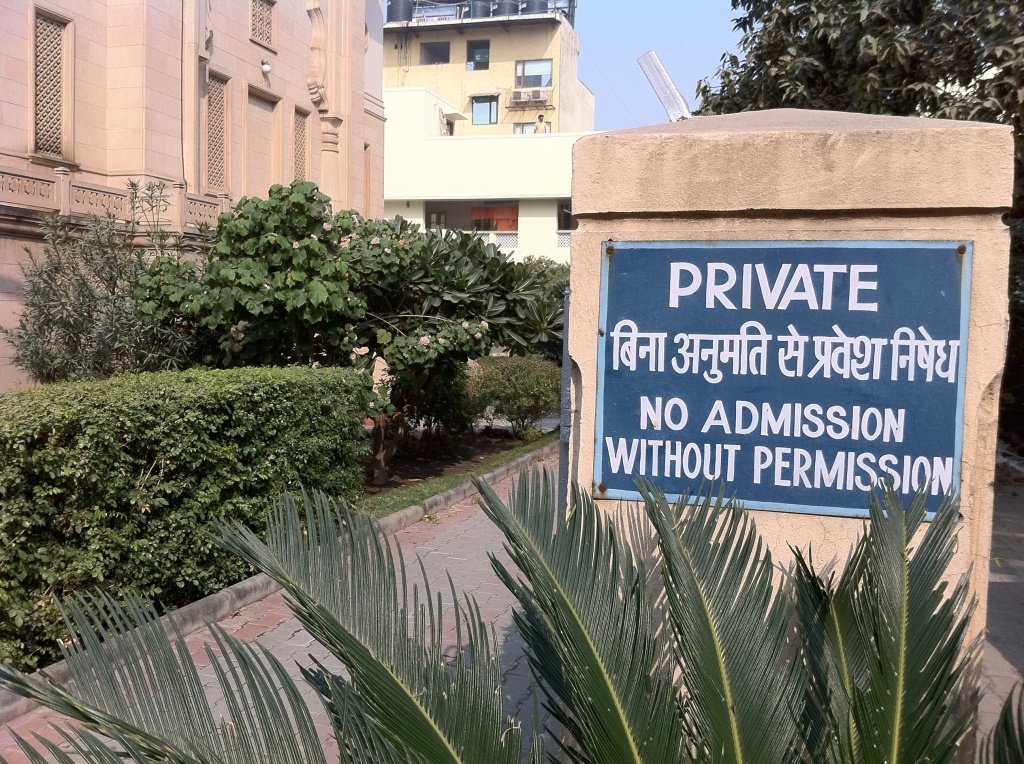 We Are All Monks Now

Some monastic traditions such as Theravada Buddhism are fluid, and you can flip back and forth between being a monk and being a non-monk. Others systems such as Vedanta and Christian monastic life are less fluid, and you decide early in life and can never come back. All well-known monastic paths basically force the choice between being a full monk and being no monk at all, however, and they reinforce this differentiation with rooms exclusively for monks and other such dividing lines.

The stark choice between monastic and non-monastic is what most of us see, at least. The truth is more complicated.

Everybody is on the path toward sainthood and monastic life. We’ll all get there eventually once we work out our own personal kinks and experiment with less successful ways of living. Some of us may be far from thinking and acting like Mother Teresa, and we may have a long journey with many hard days ahead of us until we discover the limits of selfishness, materialism and the other dead ends. Others among us, people like Mohandas Gandhi and the late Swami Prabuddhananda in San Francisco, might be much closer to enlightenment and the highest state of human existence. We’re all heading toward the same ultimate goal, however, just on different roads and at different places on those roads.

This is no less true for the monastics at the Ramakrishna headquarters in Calcutta or the Christian brothers at Kentucky’s Abbey of Gethsemani. The monks in these monastic orders have certainly all taken the bold step of trying to live their deepest ideals on a daily basis. Almost none among them are saints or fully enlightened, however. All of them are working on this perfection and purity, and they might be further along than your average person on the street. But almost none of them, in my experience at least, is fully pure and fully “done” with clearing away the cobwebs of their prior ignorance.

Monasticism could be narrowly defined by things such as living in a monastery or having no property. This makes it easier to draw a clear line between us and the monastics. But an honest appraisal from looking at monks the world over shows that these narrow definitions are incomplete, and that there actually are many ways to be a monastic.

In a broader sense, being a monastic actually is about living true and being bold enough to follow your understanding of the world even when it is not normal or popular. Monks are people who don’t just talk, but who actually live their beliefs.

Or try to live their beliefs, if we’re being honest. Purification takes time.

If every person is on his way to becoming a monk sooner or later, then this notion of being all-in or all-out is false. Being a monk isn’t a destination, it is a process. It is purifying yourself of poor ideas and habits.

This process of purification is not limited to those who have renounced everything in one go.

There is a strong argument that purification proceeds faster in a clean room where most things are pure; traditional monks who have left society certainly have an edge, and the traditional monastic path should be recommended to everyone who can choose it. But for one reason or another, not everyone can choose it.

The tragedy is that this stark choice between monk and non-monk hinders the growth and purification of most people because there’s effectively no room for those who need a gradual transition or are excluded as a result of past actions. Many people who should live a monastic life but don’t fit the normal criteria, myself included, are instead directed toward an ignorant life that has elements of purity but mostly wallows in the mud. 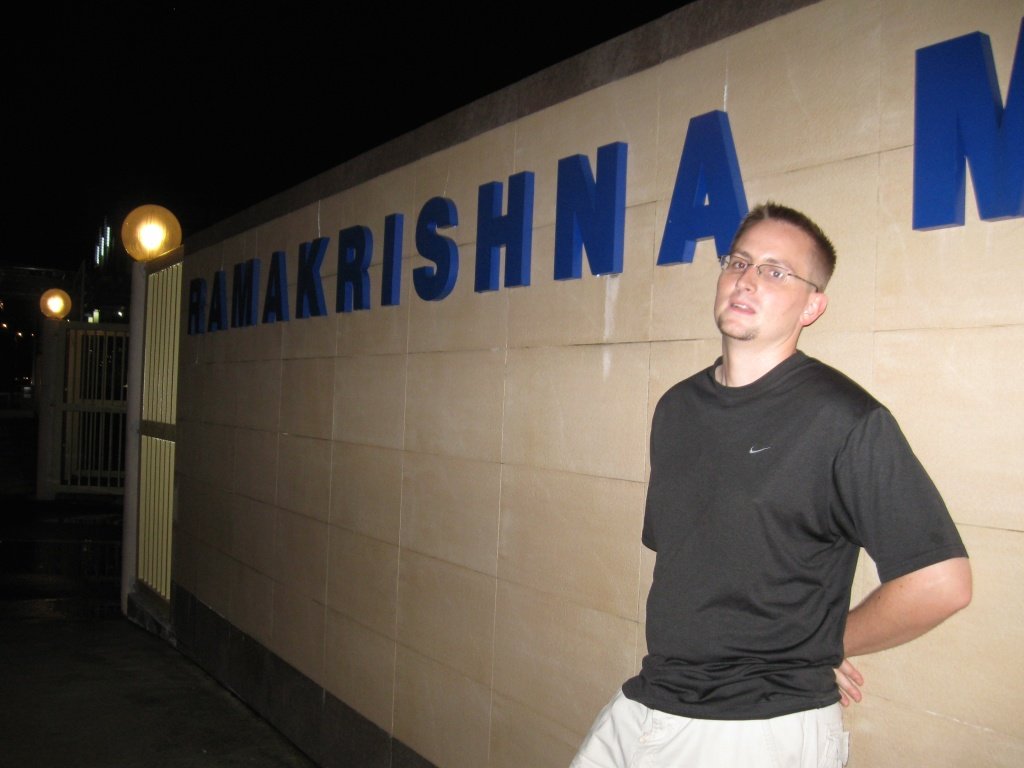 Don’t Try This at Home

This tragedy is part of why I have more or less decided that I will not join the Ramakrishna Order. I am not joining the Order because I probably do not fit the strict criteria, but I also am not joining the Order because I am in the unusual position of both knowing another way is possible and being ideally suited to serve as a model for this path.

It might be easier for me personally if I just joined the Ramakrishna Order as a monastic, and many nights I have thought about taking this easier road. Last night, for instance.

If my life has a purpose, however, this might be it; I’m well-positioned for demonstrating the third way of living in the world but living monastically: I’m young, inviting, thoughtful and articulate. I’ve been raised to question received wisdom and fearlessly follow truth where it leads. I’ve bought into monasticism slowly and organically. Perhaps most importantly, I’m entrepreneurial and I think big.

So instead of joining the Ramakrishna Order or giving up the calling, I’m charting a course where I live a monastic life but outside the Order and a little more gradually.

I already have shown a monastic streak by renouncing such things as property ownership and food preference, and I’m aggressively cultivating monastic habits like universal love and an acceptance of what life hands me. Every day I get more monastic.

At the same time, I’m working on the infrastructure that supports this gradual monastic life lived outside a monastery.

In 2013, a friend and I started the Philia Mission. The organization is intended to administer resources and guidance for people such as myself who are living in the world but can benefit from a little monastic infrastructure. Most monastics have the opportunity to live free of possessions because the monastery handles such things, and the Philia Mission enables the same by accepting a person’s income and then handing a little back for basic needs (the rest goes to the poor).

Projects such as the Philia Mission have been in the works for years, but the biggest action is definitively choosing this unusual path. 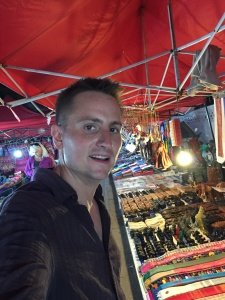 My birthday later this week represents the final deadline for choosing a traditional monastic life, and indirectly it represents the start of my independent monasticism. Every day the monastic question weighs heavily on my mind, and at least once a day for the past six months I have seriously considered the decision.

In my heart I know this untraditional monastic path is where I must go. But I’m apprehensive and unsure. The journey won’t be easy or painless, and most people cannot imagine why I would join a monastic order, let alone choose the path without the usual perks. I understand their confusion, and some days I share the sentiment.

Other days I am more sure.

Most days I am more sure. I have thought about the question of monasticism for most of my life, and I have widely experimented and tested my understanding. I also have put great stress on knowing myself, my limitations and my strengths. I know this is the right choice. I know I must do this. The third way of serving as a monastic who has been dropped into the middle of a metropolis, full with ignorance and confusion but also God, is my path.

This week I choose it.

A gently modified version of this essay was simultaneously published on the American Vedanta, Philia Mission and Ramakrishna Vedanta Association of Thailand web sites.

« One, Two, Three–Breathe!
Meditation and Research in Burma »