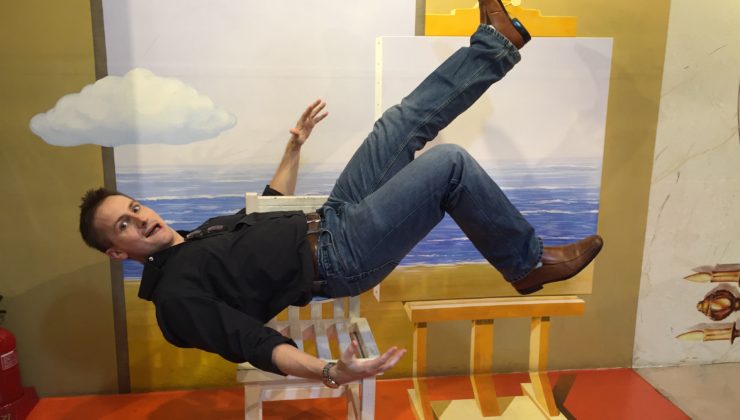 This is Not About the Election

The US presidential election has helped me grow spiritually.

When the election cycle began, there was considerable pressure for me to share my perspective on social media and serve as a voice of reason among all the hyper-partisanship and craziness swirling in the US. Helping people make sense of international events also pushed me in that direction.

After a few months, though, something felt wrong.

At first I couldn’t figure out why I felt yucky when I shared my views on politics and international affairs. I stood by my views, many of them informed and offering context that was lacking in the general discussion. Being a voice of reason during the election cycle felt almost like a civic duty.

But still I didn’t feel good each time I made one of those posts. Eventually I figured out why, and the answer was deeply personal.

We Each Play Our Role

There’s an argument for being the change you want to see in the world, as Gandhi once put it. This often means standing up for what is right, and making your voice heard.

But sometimes you can win the battle and lose the war. In my case, that’s what was happening when I tried to be an advocate. That’s why it didn’t feel right.

This is because I’m playing a different game than some people. I’m semi-monastic, trying to be in the world but not of it. I may look like I’m following the same basic script, trying for happiness and a good life. But I’m not. I’m strictly trying for goodness. The monastic ideal.

Being semi-monastic and in the world at the same time is not easy. That’s why most people don’t do it, and instead they go off to a monastery or the woods somewhere. Teasing out “right” behavior is a constant struggle when in the world, and if you take your eye off the goal for even a second you slip into habits that don’t make sense for your values and goals.

That’s what happened with taking a political position or even announcing my choice of candidates. While somebody needs to advocate good governance, things like racial inclusion and the importance of values in civic life, I would argue that doing so for me is very much against my monastic goals. If you’re in the world and of it, you advocate the best position you know. But if you’re trying for spiritual growth, you have to stop being an advocate because you’re picking sides and quietly moving away from the spiritual goal of total embrace.

If everyone is in my family, a core spiritual tenet of mine, I can’t align with just one side. When I serve as an advocate, I am subtly or not so subtly saying yes to part of my family and no to another part.

That might be correct for getting things changed in the world, but it is moving me away from my ultimate goal of embracing everyone. Someone needs to advocate for what’s right from a political standpoint, but that job should go to a person who still views the world in us/them terms to some extent. If I’m actively getting past that, and making my role that of embracing all people no matter their beliefs and actions, I can’t be an advocate or it is undermining my core goal.

My role in the world prohibits me from being an advocate.

So this election cycle has helped me grow spiritually. By taking political discourse to an extreme, the election has helped remind me that I need to stay above politics and advocacy. Advocacy has its place, and if nobody else was fighting for what’s good then perhaps I would need to serve in that capacity. But there are plenty of people already doing it, and people whose situation is better aligned for the task. For them it is right, for me it is not.

This election has helped me spiritually because it drives home that not everything good is right for me. I need to know my role, and that will guide me on what I can do and what I should not.

For me, advocacy is something that should not be in my life.

« Did Cardi B Swing the Election?
Merry Christmas! »