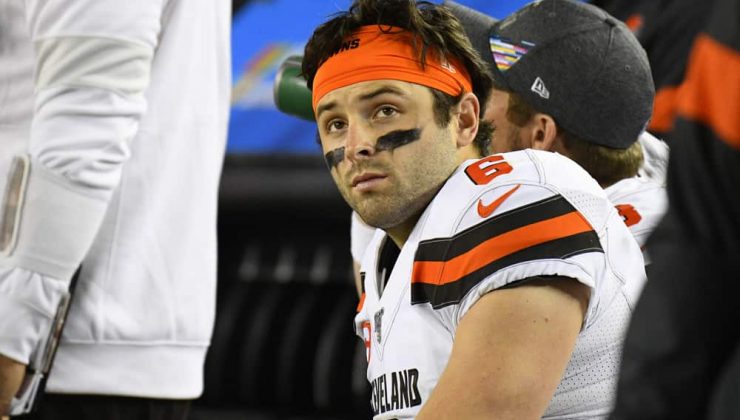 Not many people know that I love American football and used to play it. I was a pretty good football player, actually.

Back when I was a teenager, I played running back and defensive end for many years. At the time, football was both my life and how I proved my manhood. I probably wouldn’t be a writer and a person who makes a living talking to others about their feelings if I had not proved my manliness as a teenager through football. I waged war on the playing field and did it well.

But I still love football, along with tennis and the playoffs of the other major sports. While I haven’t kept up with baseball or basketball this year, I am actively watching the NFL each week since it started up again in September.

Watching Football is Easier When Abroad

The Netflix era has been great for me and sports. I subscribe to a streaming service called NFL GamePass. This is basically a Netflix for football, which is huge in itself because normally the NFL only lets you watch a few games. I can watch all the games any time I want, and without commercials. Crucially, I also can skip through huddles and injury timeouts.

Living abroad makes watching football even better, though, because when I’m in the US it is hard to avoid game scores. Here in Thailand, though, avoiding scores is easy because nobody talks about American football here. So I can watch games all week at my leisure even though most football happens on Sunday.

I’ve been watching a lot of movies lately, but football has entirely replaced this; I watch about 4-5 games per week, and this generally continues until the end of the season in early February.

I don’t have many friends here who like football, or many friends in general who follow the sport. But there are a few expats here who follow football actively, so every Monday night we meet and watch a couple games together. It is a nice routine.

If You’re a Football Fan

Probably you’re not a football fan, since most of my friends are international or on the artsy side. But if you are into football, you might be curious which teams I follow.

I grew up in Cleveland, so obviously I’m a Cleveland Browns fan first and foremost. Right now the Browns are exciting again, so I watch all their games. But the Browns tend to disappoint, so I also follow several other teams (in addition to “good games” even if not with one of my teams).

After the Browns, my favorite team is the New Orleans Saints. I’m a big Drew Brees fan, and Alvin Kamara is my favorite running back in the league. I would love them to go back to the Superbowl, although I think they missed their shot when they failed to make it there two years ago (they were the best team in the league the year the New England Patriots faced off against the LA Rams in the Superbowl).

The Pittsburgh Steelers are another one of my teams; I have been an active fan of the Steelers since the city of Pittsburgh helped get the Browns back in Cleveland after they moved to Baltimore a couple decades ago. People like Gary Vaynerchuk have found this allegiance surprising, but they became the “real Browns” after the move. So I adopted them after Cleveland lost its team temporarily;I’ve been a Steelers fan now for more than 20 years…and used to root for them when I was a kid, too, just because my dad was rooting for the hometown Browns.

The Seattle Seahawks is up there for me, too. I didn’t like the Seahawks early on in the Russell Wilson era, but he is just too cool not to like. Coach Pete Carroll also is my favorite coach, and Seattle is one of my homebases so the Seahawks feel like a home team. So after the teams above, I’m rooting for the Seahawks.

The Tampa Bay Buccaneers and the Chicago Bears also are teams I like to see win. I hated quarterback Tom Brady when he was on the Patriots, but now that he’s moved to the Bucs I’m actively rooting for him. The Bears also are a team I like because head coach Matt Nagy seems like a really nice guy, and their (now-benched) quarterback Mitchell Trubisky grew up in the same town as me. Even with Trubisky on the bench, I still like the Bears because current quarterback Nick Foles is someone I’ve liked for years as a good Christian and a good guy.

Are You a Fan?

If you’re into football, please reach out. My interests are so varied, I honestly don’t have enough football friends; I would love to know who among my circle is also a fan. So if that’s you, let’s connect.

« I’m a Big Fan of Tilly Birds and Milli Right Now
Did Cardi B Swing the Election? »
Awesome. Got it! Please check your email for further instructions.