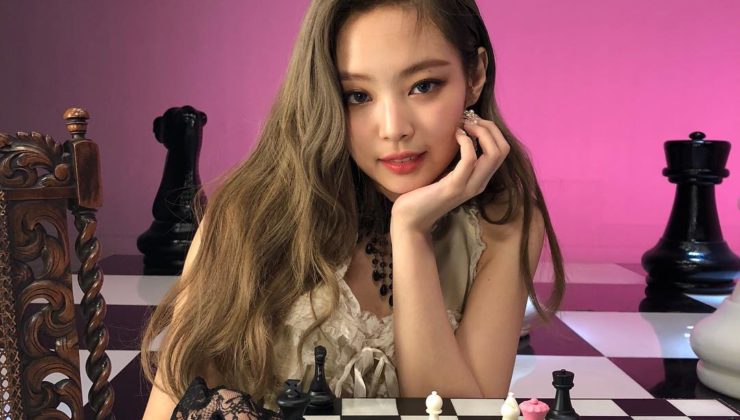 Where Blackpink Sits in My Life

New music has been tricky for me.

Although I don’t sing or play an instrument, music has played an important role in my life since I was a child spinning Saturday Night Fever and Rolling Stones records.

When I got older, I graduated to mix tapes recorded off the radio and would listen constantly to my favorite radio stations, 107.9 “The End” and later the classical radio station where I grew up.

But then things got tricky.

Digital music and MP3 culture via Napster was amazing, and I never will forget the first time I burned my own music CD instead of dubbing songs from audio cassettes. It was a mind-blowing advancement, and I quickly amassed about 40,000 songs from ripping tracks off of music CDs I checked out of my local library. In many ways, this was the golden age.

Digital music allowed me to indulge in a much wider range of genres, including jazz, country and techno (the day I found Kid Loco and Fatboy Slim was transformative, for instance). But it got me away from the radio, and I found myself listening to music but no longer connecting with the soundtrack of the popular culture. Whereas before I listened to the same music as everyone else, now I was jamming to Mingus at Antibes and completely missing artists like the Backstreet Boys and NAS.

I got out of touch, and this trend only intensified when I began traveling internationally for 6 months at a time. No longer would I even incidentally run across popular music, and streaming services such as Pandora and Spotify don’t work when you’re outside the US with unreliable broadband. Even my habit of getting music from the library shut down as a result of all the travel, cocooning me in a musical world of my own selection that seemed to stop around 2009 when the international travel really began picking up.

This was my reality for more than a decade. I still loved music, and I still listened to downloaded MP3s on my iPhone. But nothing was current, and nothing connected me with popular culture others knew.

It was a well-known problem in my life, albeit a small one that wasn’t worth the time to fix.

Priorities. When you’re so busy that there isn’t time for days off, things like connecting with popular culture get neglected. But late last year I began a serious push to integrate more with Thai culture because I live in Bangkok and integrate surprisingly little. This led me to local online services such as Shopee (the Amazon of Thailand), Grab (the Uber of Southeast Asia), and Joox most significantly.

For those who don’t live in Bangkok, Joox is the Pandora/Spotify of Thailand. Just like its American counterparts, Joox streams all the popular music for free. It is internet radio, basically.

But Joox actually does better than Pandora. Everything is free, and there aren’t those annoying commercials for Facebook Groups and local auto insurance. More importantly, you can skip songs in both directions and pick the songs you want—and it keeps weekly Top 100 lists of what’s popular in the moment.

This has been a game-changer for me. I feel whole again.

For the first time since I was young, my music actually is the same music blaring from passing cars. I can pick out the faces of musicians that appear on billboard ads. And when I like a song and have it stuck in my head, others know what I’m talking about.

“You know Blackpink?” one surprised friend asked recently. “Jennie is my favorite!”

Having a constant stream of new music also is nice, and I’ve adapted my childhood mix tape system for the digital age.

Growing up, I would hear a song I liked and quickly press the record button on my stereo. Now I work from my laptop and copy the song link when a good tune comes on—and later download it from YouTube so I have a local copy I can play when on planes, trains or in areas with weak internet (such as my recent trip to Sri Lanka).

Even with popular music back in my life, that doesn’t necessarily mean I know Taylor Swift’s latest song. At least half of what I know are the hits in Thailand, because that’s my main homebase and where Joox is based. That means artists such as Dua Lupa and Billie Eilish, but also Thai pop such as Ink Waruntorn and Indigo—and a healthy dose of Korean pop, which gets its own Top 100 list on Joox.

This has been the extra thrill of embracing internet radio. I’m connecting with more than just pop culture; I’m connecting with global pop culture and discovering whole unexplored patches of new music. I actually am becoming a big fan of K-pop, with its catchy beats and uniformly engaging music videos. Blackpink’s “Kill This Love” bullies everything else on my workout playlist, and Red Velvet’s “Psycho” runs through head at least twice a day.

All this seems a little discordant given I’m monastically inclined and spend most of my time on “serious stuff” like shareholder meetings and the meaning of life for my clients. But as Walt Whitman once wrote, I am large, I contain the multitudes.

These multitudes include Blackpink, and that is part of why I am feeling more whole lately.

« Why You Should Know Valentina Ploy [Thai music for May, 2020]
In Bangkok Until Covid-19 is Under Control »