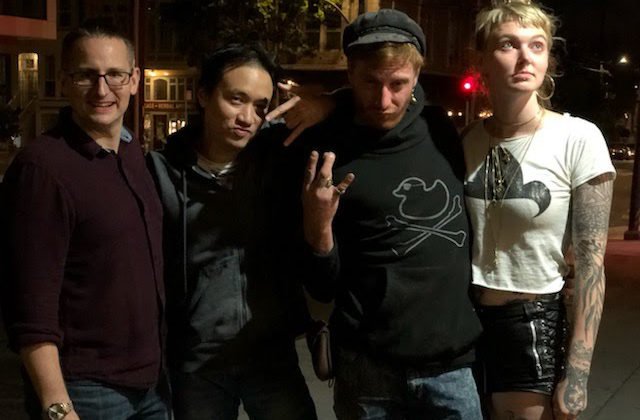 We’ve reached 2020. That means it is time for the question, “What have you been up to the past year?” As always, my story is one that crosses borders. But this year, not all the borders were geographic.

Hiking the Mountains of Southwest China 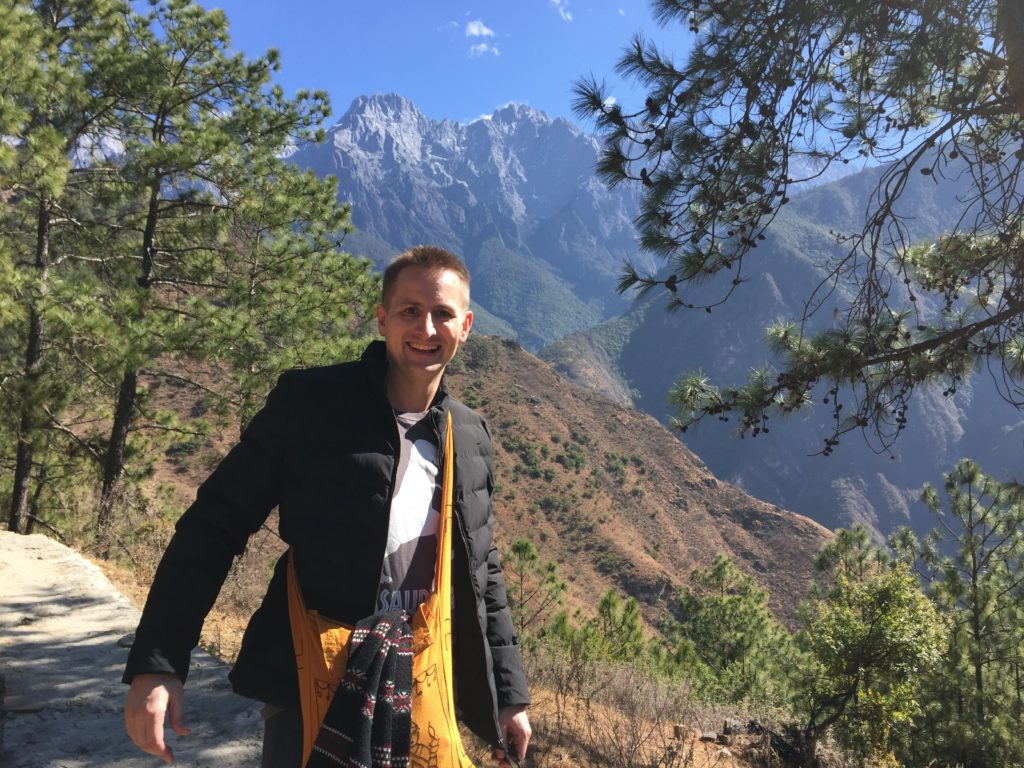 I have a confession to make: I haven’t taken a week off from work in almost a decade. This streak continued throughout 2019, but I moved closer to breaking it by taking several mini-vacations this year.

The first mini-vacation was a hiking trip in late January to Leaping Tiger Gorge in the southwestern mountains of China’s Yunnan province. This was my fourth trip to China in less than a year, and with each trip I have gotten progressively more daring. I ventured off the beaten path alone and spent two days hiking high in the mountain wilderness, which definitely pushed my comfort zone.

But spoiler alert: It had a happy ending. 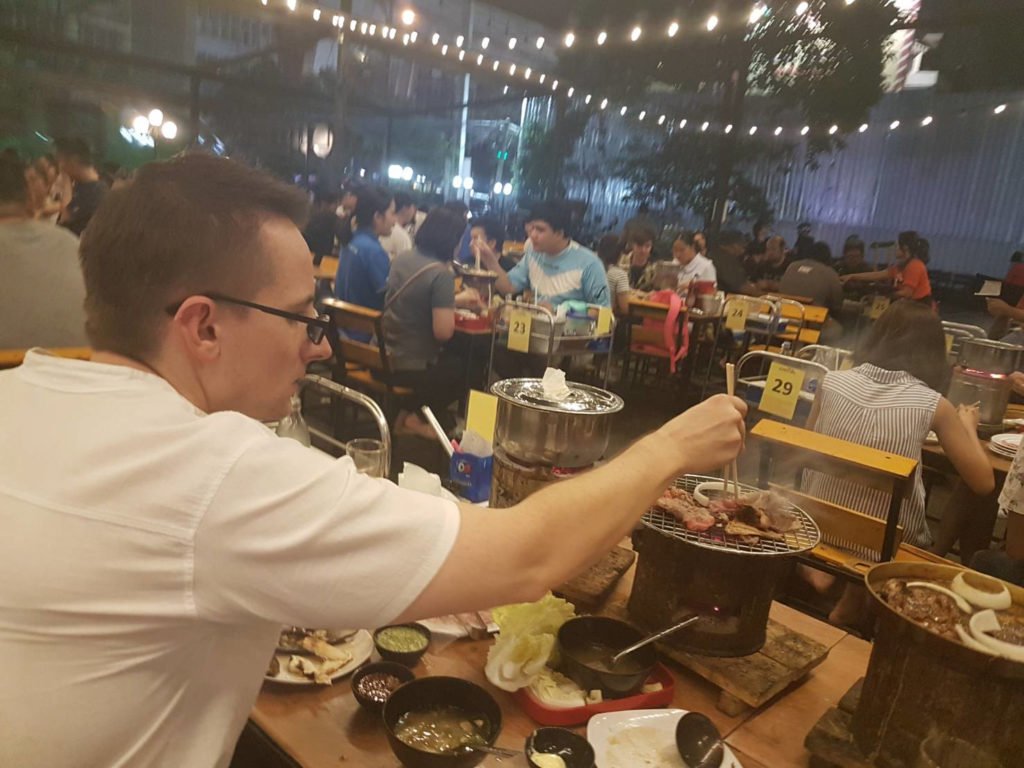 After China, it was back home to Bangkok for several months of business expansion.

I pushed my relationship coaching and content marketing businesses by hiring several new staff members and renting office space for the first time (usually I work from home). This expansion also required that I entirely revamp my internal processes, creating new operating procedures, learning new software, and developing a content management system because what was available didn’t meet my needs.

During this heavy work period I also celebrated my 40th birthday. It was a quiet affair because I gave up celebrating my birthday many years ago as part of my spiritual practices. Almost nobody knew it was my birthday, let alone my 40th, so the day passed quietly.

Holding My Own Funeral in New York City 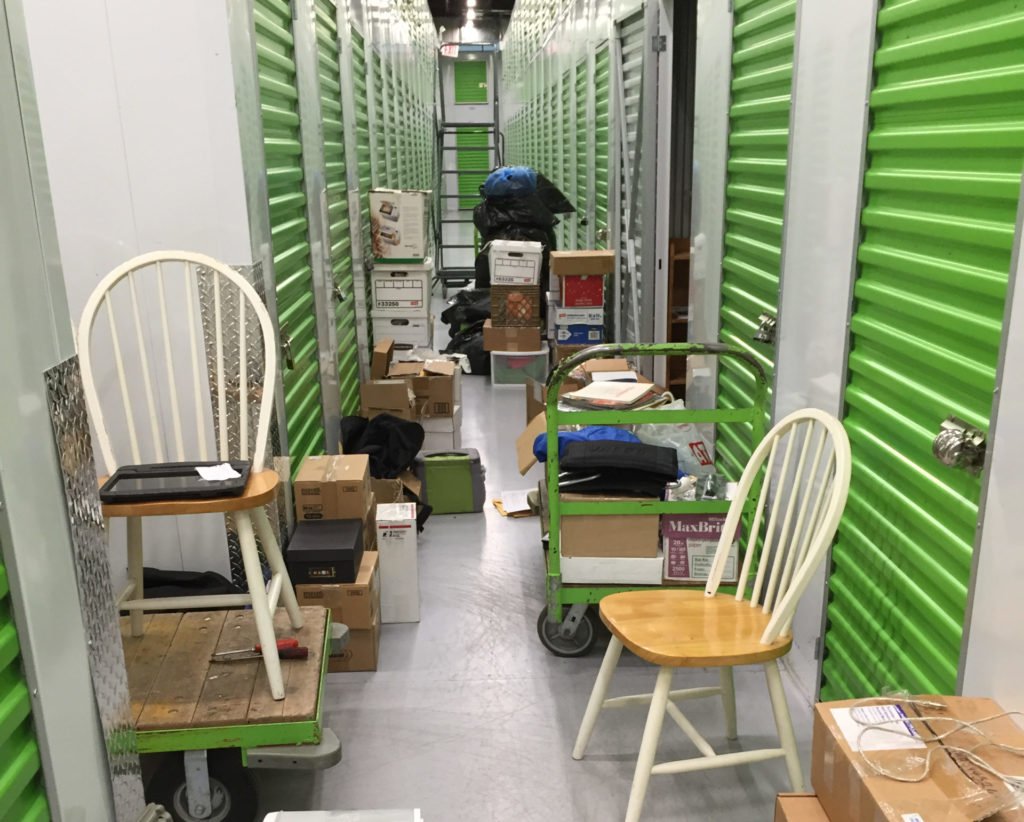 By May, it was time for another mini vacation. This time I jetted off to Kuala Lumpur in Malaysia for a few days of rest and relaxation. Then it was off to New York City for my own funeral.

For many years I thought about becoming a monk. I even filed a formal application with my spiritual order. But ultimately I decided there was a clear purpose for my life, and it required living slightly outside my monastic community. Since then, I have charted a course where I live in the world but embrace monastic practices a little more each year.

In 2019, I took a big step in that direction when I basically held my own funeral at a New York City storage facility. I discarded everything I own!

It wasn’t the complete funeral, with a name change and total renunciation of my former self, but when I began throwing everything away it felt like one. Discarding memories and cherished possessions from all periods of my life was crazy hard, and I cried as I threw most of it away (some high-value items were taken by others, but most went in the trash, sadly). Probably the only thing that got me through the day was my father, who drove 8 hours to assist with the disposal, and the purposefulness of the act as a monastic rite of passage. I couldn’t have done it, this boy who started life with so much possessiveness, without the clarity that possessions ultimately cause more suffering than joy.

One of the reasons that my father met me in New York was because I no longer had a driver’s license. When he drove me back to Cleveland after the funeral, I immediately set to the task of going through the whole driver’s license process from scratch. While I was at it, I decided I also would get a motorcycle license because driving a motorcycle in Asia is handy. I had never driven a motorcycle before.

After nearly a month of motorcycle obstacle courses that could have come from a Michael Bay movie, I passed both my car and motorcycle tests. Then I promptly drove a motorcycle 10 hours to Toronto. The year of pushing my comfort zone continued. 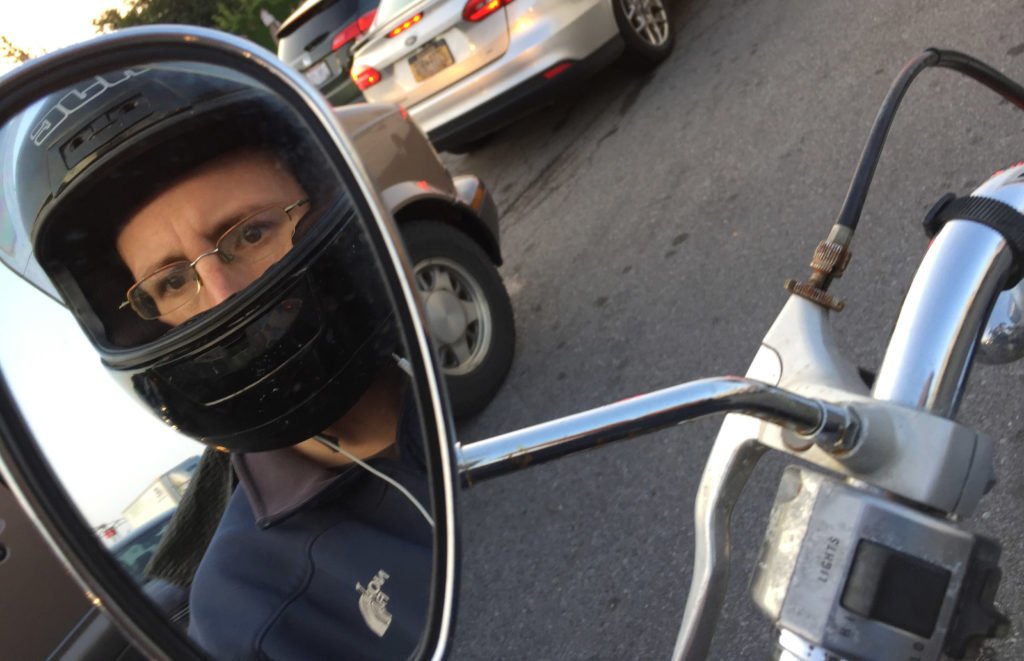 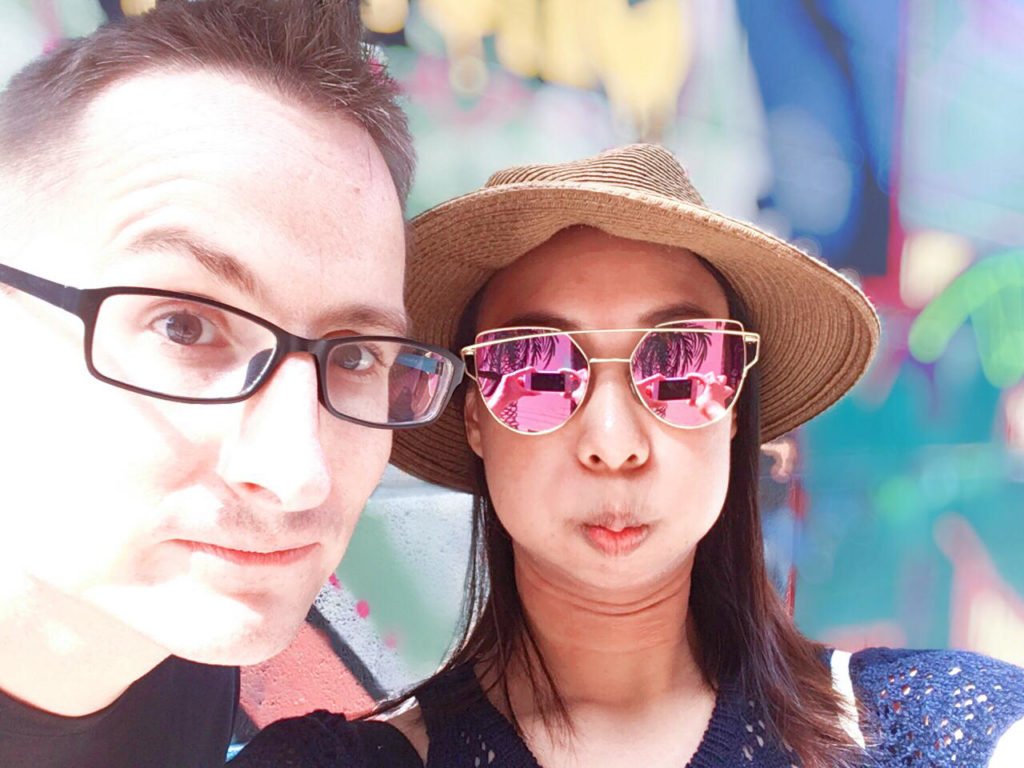 My five weeks in Toronto was a time of calmness and strange connections. A friend I met in Bangkok happened to own a home in Toronto, so we met up during Canada Day on July 1 (and almost met again in Mexico, where he lives). While there, I also discovered that an old friend from India who had ended up down the street from me in New York City many years later had again moved near me—a bizarre coincidence that allowed us to see each other in Toronto.

Most significantly, I needed a place to stay in San Francisco for the next leg of my trip, and it looked problematic because the housing market there is so tough for extended visits. As it turned out, one of the few apartment listings that fit my needs was from a man who was visiting Canada on the exact dates I would be in San Francisco. Even though we had never met before, we were able to share coffee in Toronto’s Danforth neighborhood and exchange keys in person before I moved on to my next location.

Starting a Corporation in San Francisco 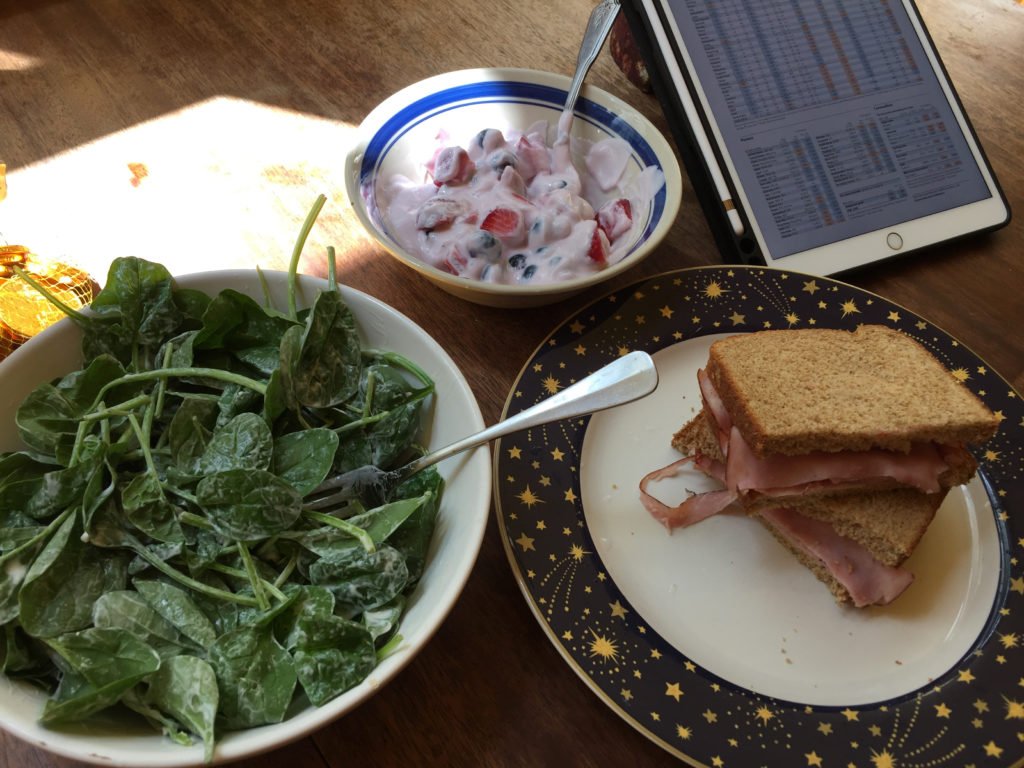 Hands down, my two months in San Francisco during late summer was the best part of the year. I know and love the Bay, with established routines and a wide circle of friends and professional contacts from having lived there before. The problem has always been housing.

But the apartment I rented sight-unseen was wonderful, with great roommates and more space than I could have hoped for (it even had a living room, something you no longer get in San Francisco’s Mission District). A dear Thai friend from Bangkok also had just moved to San Francisco, so I had an instant buddy and hints of home.

While there, I started my first U.S. corporation as part of the business expansion begun earlier in the year. I’ve been a business owner for decades, but always of the simple LLC variety. Now I am CEO of a C-corp with shares and stockholder meetings and proxy voting, something I’ve really enjoyed as a corporate structuring geek who might have been a lawyer in another life. The initial jump to a C-corp was a little nerve-wracking nonetheless, just like the first time you itemize for the IRS. But boundaries expanded.

And no, I didn’t incorporate in California. I’m not stupid. 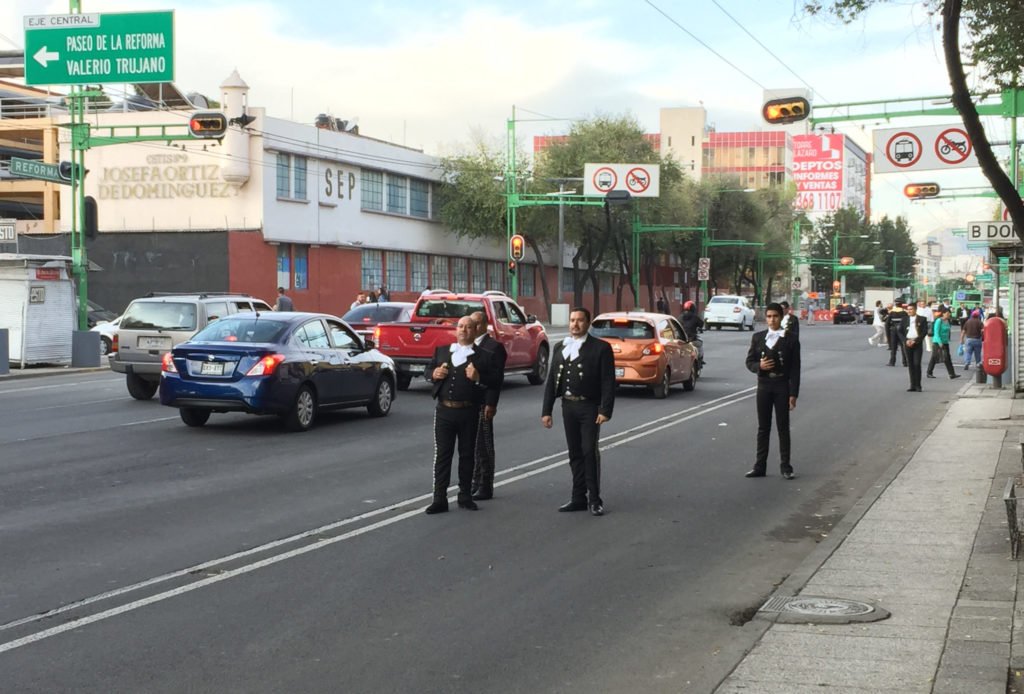 Some people keep Mexico out with a wall. I chose the other direction.

In early October, after leaving San Francisco and spending a few weeks with my brother in Seattle, I flew down to Mexico for the first time. All the news of violence made me uneasy, but this was the year of pushing boundaries. I’ve already been abducted, had my credit cards used for unauthorized flights to Pakistan, and fought off extortion, among other things. I figured it was time for Mexico City.

Besides, rumor had it that Mexico City was the Bangkok of Latin America. With political instability in Thailand, I felt it was time for a hedge with an exploratory trip down south.

The rumors are true. Mexico City is like Bangkok, and I fell in love with the city almost as soon as I proved the violence is no worse than other big cities if you know what you’re doing. Mexico City impressed me so much during my stay, I plan on going back in 2020 so I can establish a homebase there.

Getting Unstuck in San Diego 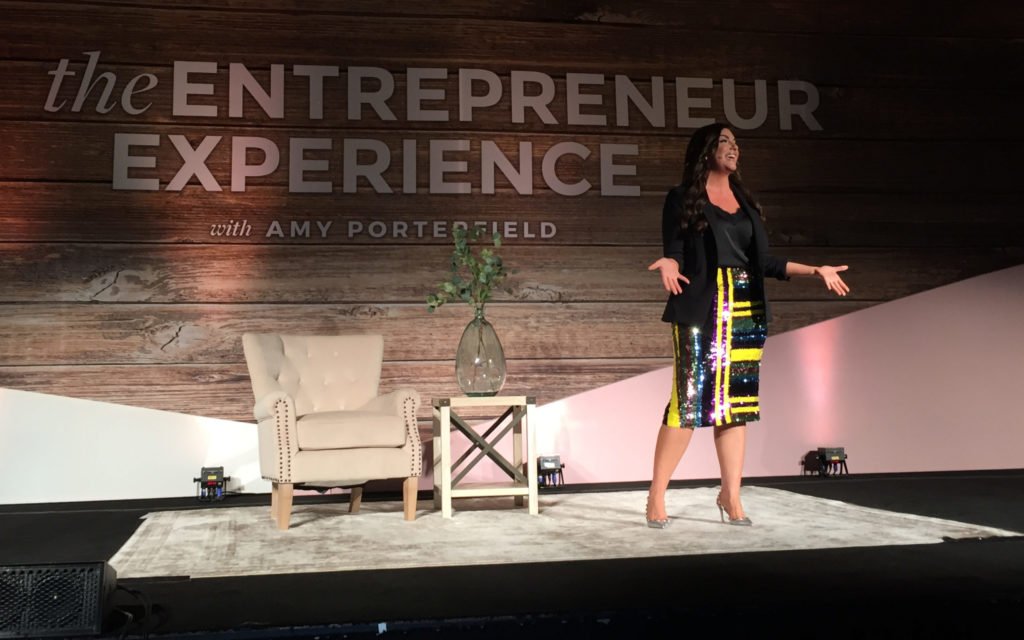 One challenge that really slowed me down in 2019 was the web site for my coaching business. A lot of my business plans revolve around a relationship coaching subscription service, but that requires a web site redesign and a major backend technology upgrade. I got bogged down with the site overhaul for most of 2018, and early in 2019 I at first tried to push it out on my own as a former web developer, then hired a professional developer who also failed. When in mid-October I left Mexico for Los Angeles and Amy Porterfield’s Entrepreneur Experience conference in San Diego, this problem was front and center in my mind.

Amy’s conference got me past this blockage, though. At the event, aside from getting inspired and realizing I should write a book about how to rock conferences, I decided to scale back my site plans and sign up for an all-in-one web platform instead. While paying four times the price for half the functionality was a tough call, it was a major breakthrough that got me unstuck.

In December I all but finished the site upgrade, which will make 2020 an exciting year for my coaching.

Investing for the Future in Bangkok 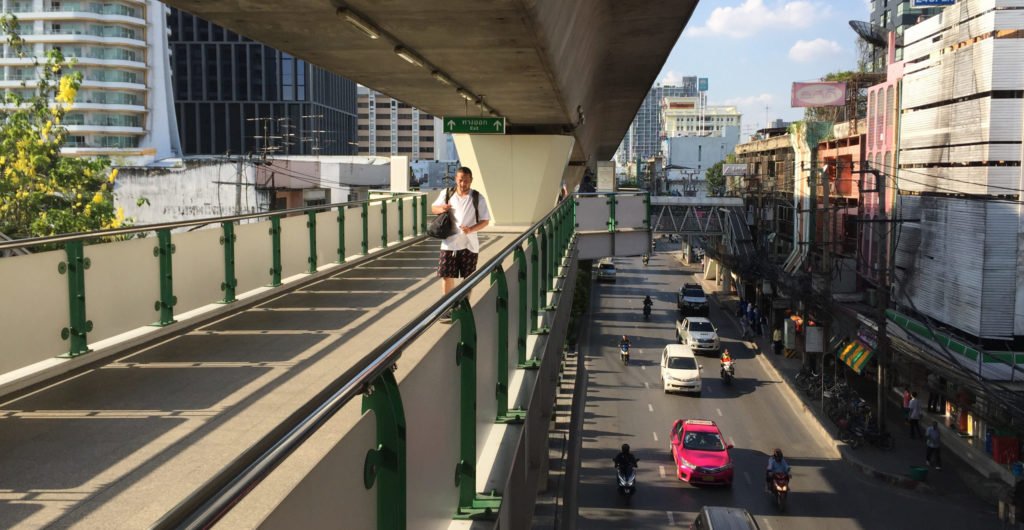 Building the future of my coaching business wasn’t the only foundational work I began when I got back to Bangkok in late October. I also shored up other areas of my life that were fraying at the edges: a return to swimming in the park, healthcare that travels with me across borders, investments that actually give a decent return, a hedge against currency fluctuations (the weak Dollar cost me 8% this year), more time with friends in Bangkok.

For the past 10 years I’ve been running on the edge of a razor like a good bootstrapping entrepreneur. Now it is time for stability and greater balance in my life. That won’t happen overnight, and time off when there’s so much to do makes me uncomfortable. But clearly I’m going in that direction as part of the next phase in my life.

Checking the Situation in Hong Kong 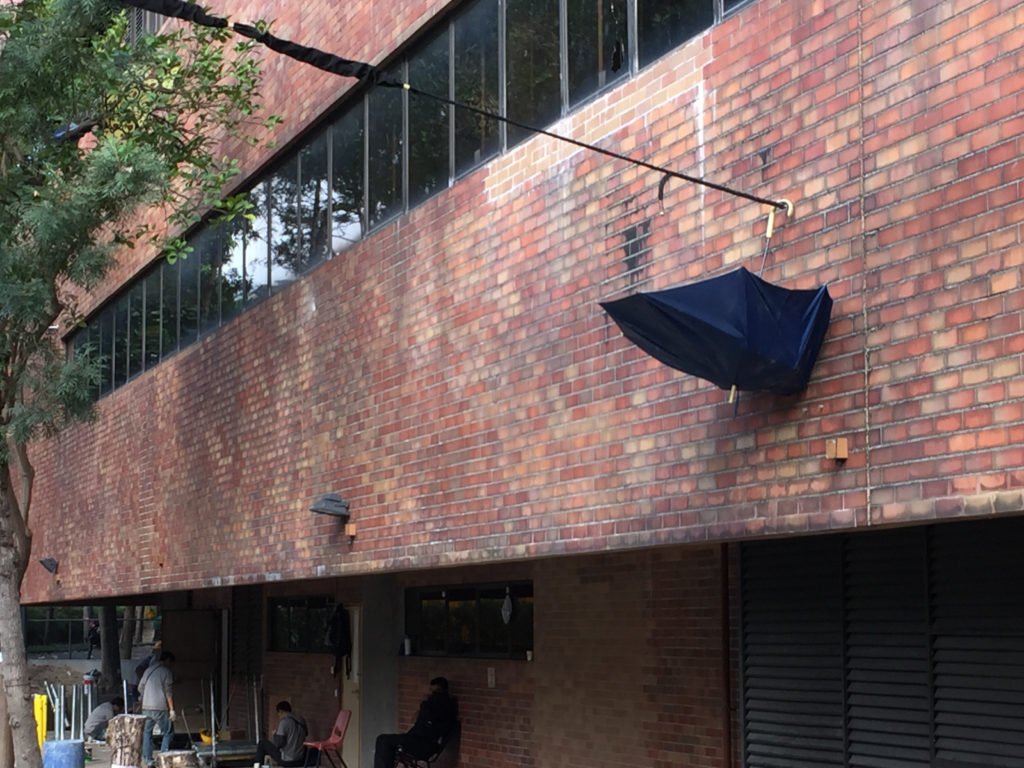 I generally don’t talk about politics because partisanship goes against almost everything I believe in. But there’s a second reason, too: free speech and freedom generally is dying like a frog that is boiled slowly, a trend that is clear when you straddle multiple countries like I do. So I pick my battles and don’t talk about the rest. In this I am not alone.

So I won’t talk about Hong Kong other than to say I visited the island in late December to see the situation with my own eyes. I flew into Guangzhou, China for my last mini-vacation of the year, and with some hesitation I tried the new bullet train that connects Hong Kong with the mainland. Aside from the demarcation line that separated China from its special administrative region known as Hong Kong, it really felt no different than moving between two mainland Chinese cities.

Overall, it was a nice trip to end the year. I was missing China, and it was nice being back.

Although I didn’t realize it at the time, 2019 really was a year of pushing my boundaries in the name of growth. If we’re not growing, we’re dying. I choose growth. 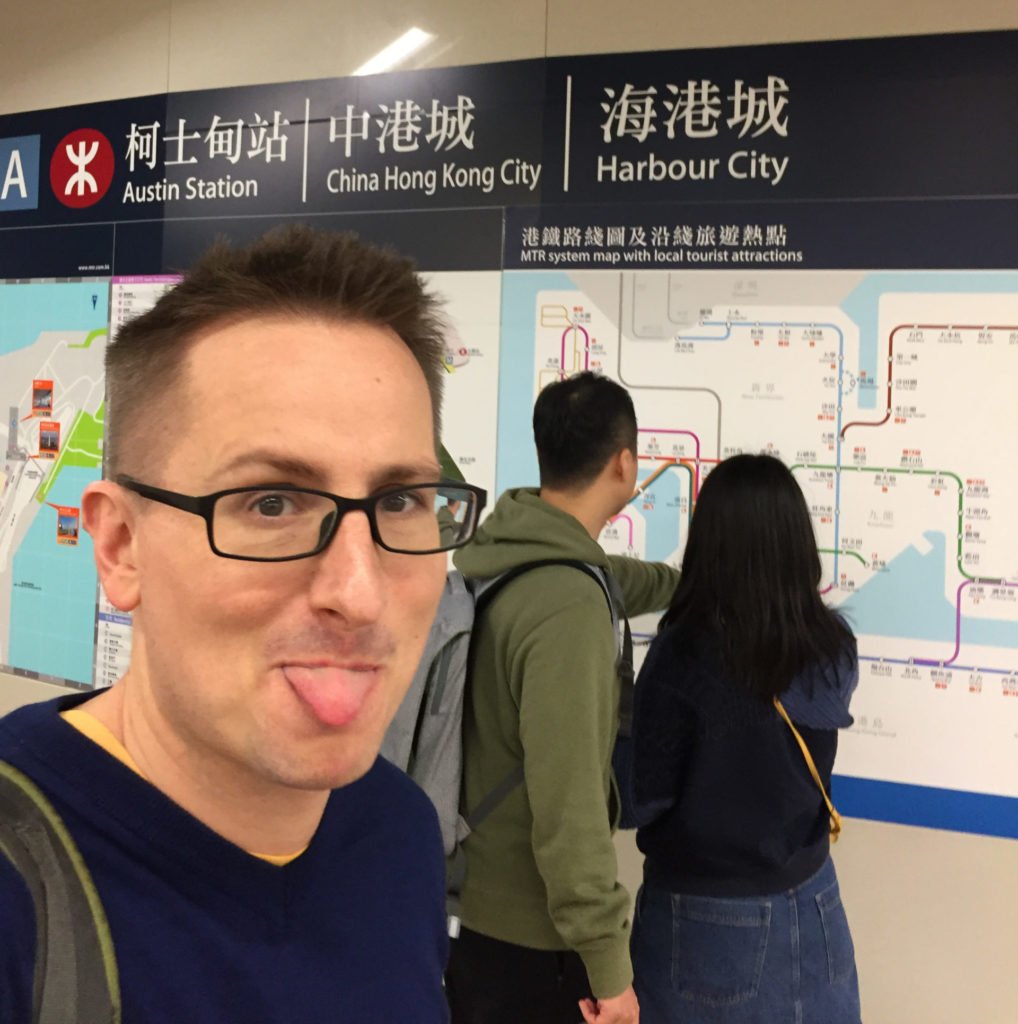