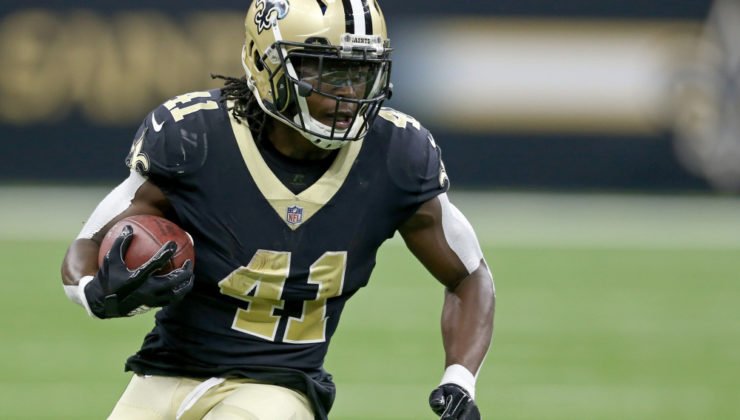 My Guilty Pleasure is Football

Sometimes I struggle when people ask me what I do for fun. You know, what are my hobbies.

I pause at this question because often I don’t have hobbies.

I work a lot because work is noble, according to my spiritual beliefs (no 4-hour work week or passive income for me).

I stay busy because I’m an entrepreneur who runs two businesses and has a weak spot with delegation (I bootstrap and am too ready to just do the work).

I also enjoy what I do—writing and coaching—so arguably my work is my hobby (there’s no time or need for anything else).

But right now I do have a clear hobby. And it is a little surprising: I watch a lot of NFL football.

(Don’t care about my hobby? Skip ahead to see what else I’m doing right now.)

Are You Ready for Some Football?

My NFL hobby is kind of a weird development.

I’m living in Bangkok, about as far as you can be from a uniquely American sport that natively broadcasts at 2am Thai time. I also don’t have a TV or the habit of watching movies or videos because sitting passively on a couch isn’t exactly productive.

This is the age of Netflix and streaming content, however, and the NFL has a pricey but extraordinary subscription service called NFL Game Pass. This let’s me watch any game, at any time, and both skip the commercials and consume games slowly over the course of several viewings.

I don’t sit down and watch six or nine hours of football in a row on Sunday, I watch games 30 minutes at a time over lunch breaks and during odd moments. This has been a game-changer for me.

How I Got There

Football has always been a strong interest in mine, befitting a boy who grew up in Middle America.

I have memories of watching Cleveland Browns games with my dad even before I understood the game, and there are stories of me diving for passes with my brother and playing tackle football in the snow.

In particular, I was a diehard Buffalo Bills fan during the exciting but tragic years in the early 1990s when the team destroyed the competition and went to four straight championship games but lost all four.

One of my cherished memories as a teenager is huddling around a black and white TV in my friend’s basement that barely got any reception and watching my Buffalo Bills overcome a record-breaking deficit against the Houston Oilers to advance in the playoffs without their starting quarterback. One of my least favorite memories is hiding the tears each year after they lost the big game (especially the first Superbowl loss).

Not many people know this side of me anymore, or the fact that I was a pretty decent football player long ago.

I played running back and defensive end during my teenage years, and at the time football was both my life and how I proved my manhood. I probably wouldn’t be a writer and a person who makes a living talking to others about their feelings if I had not proved my manliness as a teenager through football. I waged war on the playing field and was pretty good at it.

The Most Football of My Life

Strangely, I’m watching more football and know more about what’s going on in the league right now than at any other point in my life.

That’s because I basically have watched every game of every team through Week 10 of this season.

This feels really weird for a workaholic living in Thailand.

You can’t normally watch more than your home team and a few other games per week due to blackout restrictions that limit how many games can be shown, never mind the added complications of my Thailand geography. Then there’s the fact that games are live and go on at the same time. And who has the time to watch so many games, anyway? Certainly not a busy entrepreneur running two businesses.

Watching every football game feels like madness, or at least a decadence I could never expect.

But this whole Netflix-style streaming thing is a total game-changer for football. On-demand access changes sports far more than it changes movies or television—and in positive ways.

With Netflix and YouTube, I get sucked into watching more than I want. I binge, carried along by the shows and enticed to watch the next one. But with football on-demand, I actually never get sucked into watching more than I want. When my meal is done, or I have to get back to work, I just stop the game. It will be there during the next NFL viewing session, and right where I left off. There is a real advantage over having a plot-driven viewing experience.

Unlike movies or television, on-demand football also benefits greatly from the fast-forward button. When a game is lopsided and I think I know the winner already, I just skip forward to make sure there was not a surprise comeback. If the game turns out as I predicted, I move on to the next game. If there’s an exciting comeback, I skip back to where I was watching before, and with the full knowledge that my continued attention is worth the time investment.

So games are fast and always fruitful. They take an hour and half for an exciting game watched in its entirety without the needless commercials, and they take less if one team blows out the other. And I watch games slowly, in small increments, throughout the week.

The only hitch might be knowing the outcome before I watch a game, but I’m in Thailand so nobody drops any hints. I’ve also gotten good at muting the volume and averting my eyes when the broadcasts cut to updates of other games. Covering the bottom of the screen with another window helps me avoid the ticker with league scores, too.

I start my football week on Monday and slowly drip the games until I have seen everything before the next round begins. My Economist and New Yorker reading habit has declined a bit, but otherwise I hardly notice the effect on my time.

On-demand access does wonders for football, and without the addictive elements present with Netflix or YouTube. This has meant that I actually can watch it.

So now I have a clear hobby: football.

I seem to be growing several hobbies at the moment, actually. But I’ll save the other emerging hobbies for a future update.

(Care to hear what I think about this year’s season? Click here.)

Other Things in My Life Right Now

Heading to China again on November 20th. This is my third visit this year, and the last part of Asia I don’t really know.

Joy Love Club delayed somewhat. My relationship coaching subscription service is alive and well, and we’re building it almost daily. But it also is taking longer than I want to build out, and the launch date has been pushed back a few months. I need to hire more!

Hiring coaches and creatives. Business is good. So good that I need to hire more. That’s been a “thing” since I’m not yet very good at staffing.

Visiting the U.S. in July. My dates aren’t fixed, but it looks like my next North American Tour will take place over the summer and last 2-4 months.

No longer a U.S. Resident (still a U.S. citizen). Last year I spent 30 days in the U.S. This year I will spend more time in the U.S., but I’m still officially becoming a resident of Thailand. Or at least that’s the plan as I get increasingly global.

Organizing my photos. For the first time in five years, I’m actually able to view my photos again. My old photo management system was killed by Apple, and I’ve finally put in place a new system via Adobe Lightroom. That was easier said than done, because I had to move nearly 40 years of photos. I’m also an amateur archivist, so I had to migrate them properly.

« How the NFL is Changing In Real-Time
2018 Year in Review »
Awesome. Got it! Please check your email for further instructions.