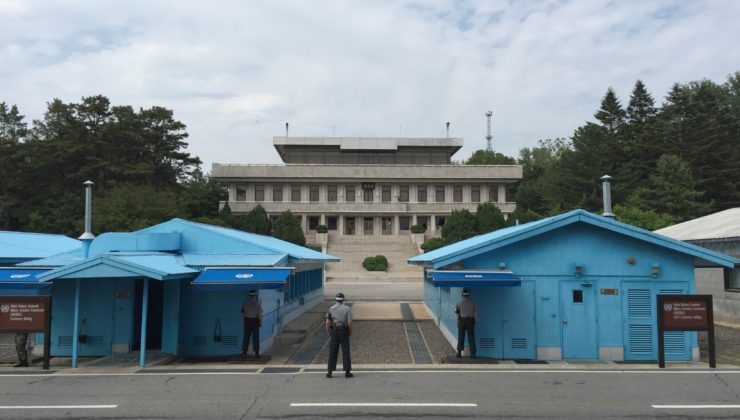 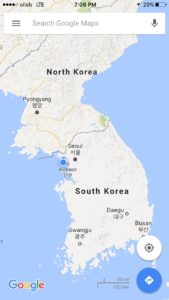 A friend of mine in New York hatched a wild plan. Not content with typical adventure tourism, my friend decided he would visit North Korea. One evening over beer in the East Village, he outlined a bold itinerary that saw him sightseeing in Pyongyang for 10 days. His trip would be strictly overseen by North Korean handlers, of course. But still.

There was only one problem: The trip was something north of $6,000, and my friend had a mortgage and his sister’s family to support.

The trip never happened, but it got me thinking. As I plotted my flights around Asia each year, I kept coming back to North Korea and my friend’s gonzo plan. I also wouldn’t pay $6,000 for a supervised Pyongyang adventure, but I never gave up on the idea, either.

This probably was why I found myself on a bus heading for the North Korean border in early June.

My adventure in North Korea was not as exciting or dangerous as one might assume; in truth, I only crossed the border by about 10 feet. But stepping into North Korea still had an air of danger, surrounded as I was by armed guards with their fingers on the triggers of their automatic assault weapons.

There was a palpable tension on the border between North and South Korea, as well as a hazy sense that although the border was stable, anything could happen at any time. The faces of the soldiers manning the border confirmed it. So did the underground tunnels dug by North Korea as recently as 1990, invasion tunnels that began at various points along the border in the north but all led toward the South Korean capital of Seoul in the south. 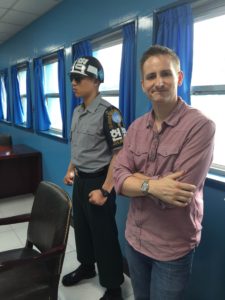 I toured one of these tunnels, interestingly enough with the guy who developed the 7 train extension to the Javits Center in New York. We were on a DMZ tour together. South Korea has been at war with the north for more than 60 years, and there’s still mandatory military service for Korean men as a result. At the same time, the length of the war has made the conflict commonplace. Not only does both North and South Korea give tours across the border, there’s also a ferris wheel and carnival rides by the barbed wire that separates the two countries.

It puzzles me a little why an oppressive North Korean regime is leading tours for its citizens across the border, but this fun fact and the ferris wheel make the border even more surreal. You don’t feel safe on the border, but you can buy ice crème and DMZ souvenirs. Just don’t look at the North Korean tourists if you see them, we were told. Also don’t take a photo of that radio tower to your left; you can only photograph the guards if your camera is pointing north. 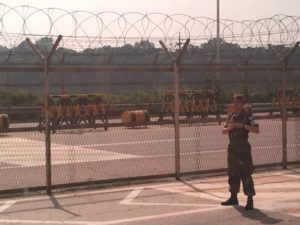 I only pointed my camera north, worried what might happen if I got frisky and snuck a photo of that mysterious radio tower. But I had to wonder: Didn’t they realize our cell phones could take photos even if the screens were turned off? I totally could have captured that radio tower, or the other buildings they explicitly told me not to photograph. It was like turning your cell phone off during flight. Yeah, theoretically we are going to follow you. But really we aren’t.

If not photographing the radio tower was as mission critical as they said, why were they assuming the honor system would work? I haven’t gone searching for photos of that radio tower yet, but I’m pretty sure they’re out there. Maybe even on a postcard somewhere. 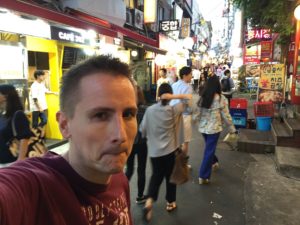 That 10 feet into North Korea was the most sensational part of my Korea trip, but I rather liked all my time on the peninsula. Seoul captured my heart in less than a week. Whether in Dongdaemun, Myeong-dong, Hongdae or Gangnam, I pretty much uniformly felt at home in Seoul and like I could spend a lot more time in the city.

This was a surprise, much like the beauty of Hong Kong I frequently mention at parties; I never expected that Seoul would be livable, friendly and inviting. Originally I had built the trip assuming this would be my only time in Korea this decade, but I was so taken with the city that I’ll probably go back in 2017 or 2018. Korea captured me much the way Thailand did my first time there in 2012, a place I’ve called home ever since.

Seoul was part of more than a month on the road. After leaving my Bangkok homebase in mid-May, I spent a week in Tokyo, 10 days in Kyoto, headed up to Seoul, briefly stopped back in Manila, and stayed a week in Hollywood at the Vedanta Society of Southern California.

Now I’m in Seattle, where I’ll stay until mid-September.

Not staying in one place for long is part of my spiritual discipline, but too much travel becomes counterproductive; there’s no room for routine and contemplation when you move too frequently. Larger projects also are hard when traveling that much, and there can be a spirit of escapism that potentially develops.

That is why I am planted in Seattle for the next several months. My brother is here, there’s a robust monastic community, and I have several projects in the queue that require large chunks of uninterrupted time. More on those projects in the weeks to come.

« Change is the Only Constant
Peter’s 2017 Asia Tour »
Awesome. Got it! Please check your email for further instructions.