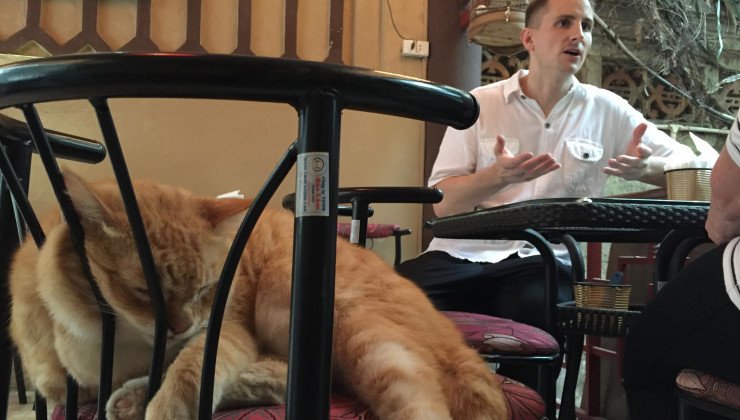 Change is the Only Constant

The typical person has the same routine most of the time. Their hours are the same, their habits are the same, the demands and pressures on their life are the same. Things shift periodically, of course, but most people lead relatively consistent lives.

That’s not the case with me, however.

My schedule and lifestyle shift dramatically depending on seasonal need. I’m always the same Peter, but my external circumstances are constantly shifting in a big way. This requires that I have a flexible outlook and both a willingness and a skill for adjusting my habits, routines and lifestyle.

Usually travel initiates the regular change in my life, but right now I’m entering a particularly active moment of change and adjustment beyond the norm.

Let’s start with the expected change.

From a travel perspective, it is the same story but a different day. In November I moved out of my New York City homebase, then in January it was all meet & greet as I gave talks and met with people in India and the Philippines.

I’ve been settled in Bangkok since early February, but even within this settled period I’ve gone through several routine adjustments. After an intense month of work from home, in early March my mother came to Asia for the first time. We rented her an apartment next to mine, and the month was a balance of work plus sightseeing and smoothing the way for her.

Forcing a shift in routine even during my mom’s visit was our Hanoi trip in late March. During the trip I played the role of tour coordinator for a city I had never seen before, complete with nightly social activities, front-row seats at the Hanoi Opera House (the most mind-blowing symphony I’ve ever experienced firsthand), and a stunning overnight trip through Halong Bay.

The shifting routine goes beyond the usual travel adjustments, however. My mother is safely back in Ohio and I’m once again with my usual Bangkok life, but the seasonal adjustments are continuing.

The cause of these adjustments is business growth. My main business, Kowalke Relationship Coaching, is growing and expanding. In January we started helping couples and singles who live in India. We’re also exploring the Japanese market, we’ve picked up our first Thai clients, and we have some exciting new products in the works that promise additional growth in the U.S. market. Kowalke Coaching is going like gangbusters, and this forces me to adjust how I do things (that or find a way to clone myself).

At the same time, my secondary editorial business also is growing.

Before I was a relationship coach I was an editor, and I keep my skills sharp by providing editorial services for companies such as Nokia, Xerox and Seagate, as well as media outlets such as ReadWrite and Ziff Davis.

I run this business on the side, and in the past few months I’ve picked up several new editorial clients (and had one drop off from a business downturn). This is a good thing except that new clients mean new workflows and different schedules (try balancing several editorial operations with different cultures and operating hours, and you’ll know what I mean). I’m shifting my workflows, adjusting habits so I can work longer hours—and hiring help. If you are an experienced writer or digital marketer with time on your hands, let me know.

All this amounts to a sizeable change in lifestyle and the way I work. I’m always shifting with the seasons, but this could be a particularly stressful time if I were not spiritually centered, an experienced project manager and crazy-excited about the direction of things. It still is stressful if I’m being honest. But I’m handling it pretty well.

They say that “may you live in interesting times” is a Chinese curse. That’s somewhat true, but I’m also trying to prove it is a blessing when you have the right mindset.