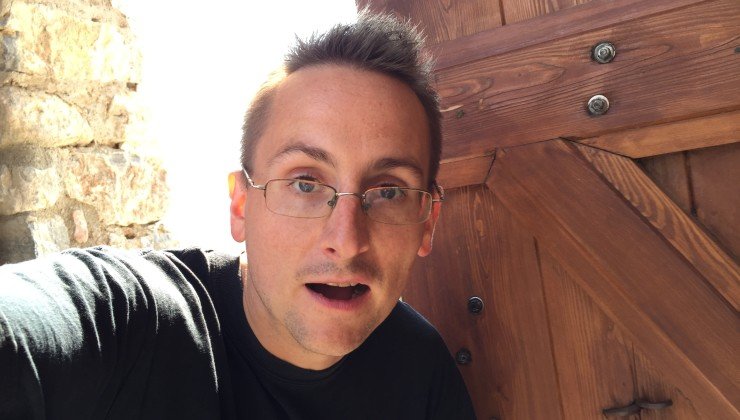 My Year in Review: Peter Kowalke in 2015 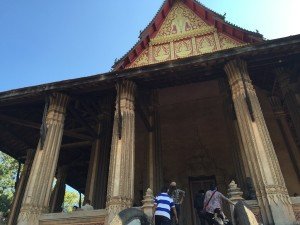 I woke up on the first day of 2015 with a group of several Laotians in a small guest house. We were in the center of Vientiane, the capital of Laos. After breakfast we took a swim and prayed at a local Buddhist temple. Later in the day, I helped one of the Laotians with a long-distance relationship.

I did not know it at the time, but this first day of the year typified 2015. It was a year of travel, relationship coaching and spiritual growth. Let’s talk first about the travel. 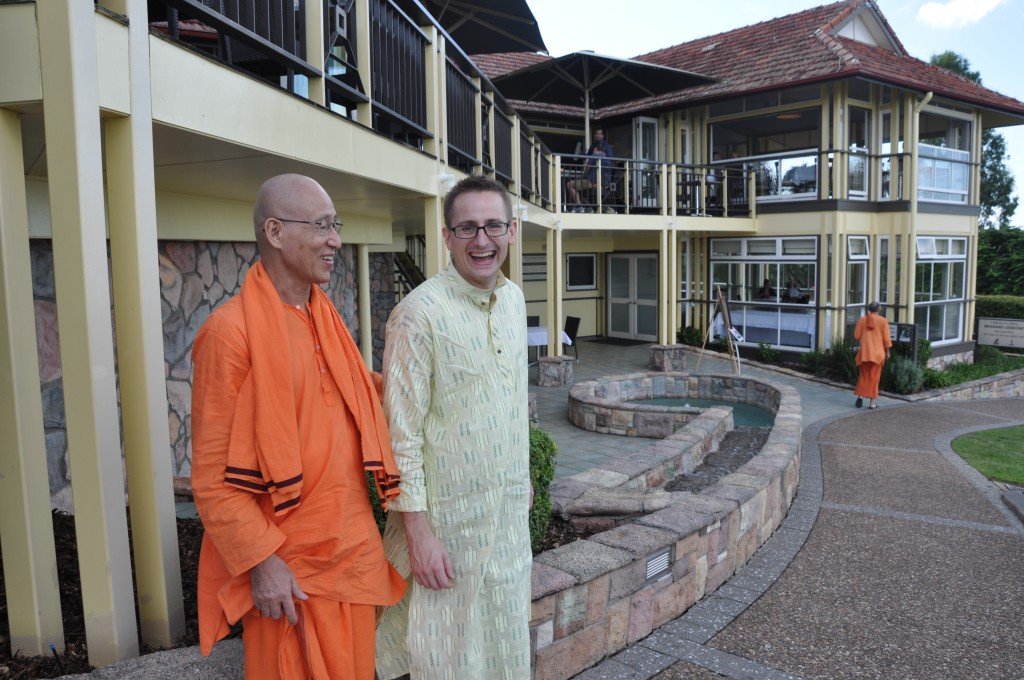 Sightseeing at Mount Coot-tha in Brisbane.

Living as a modern wandering ascetic and a digital nomad, officially I have no home. Instead, I travel and rotate among several “homebases,” places I do not own but can stay at for several months with enough advance planning. I typically stay at a homebase from three to six months at a time, then shift. This practice helps me with non-attachment and staying flexible.

I began the new year in Laos, then visited friends in Cambodia before returning to my homebase in Bangkok later in January. After a period of intense writing work and service to the Ramakrishna Vedanta Association of Thailand, where I am an officer, I set off to visit several monasteries in Asia Pacific. I continued working the whole time, both building my relationship coaching practice and writing freelance articles for major business media.

In the first half of 2015, I visited monasteries in Myanmar (Burma), Australia, Malaysia and India. It was my first time in Australia, and I attended the inauguration of a new Vedanta community in Brisbane before heading to Sydney and Melbourne, then meandering around wine country in the Yarra Valley. Although I visit India every year, this year also was my first time in India’s Himalayan mountains. It looked like Western Pennsylvania.

On my last stop before setting foot in the U.S., I rented an apartment in the center of Istanbul. Most of my time is spent in Asia or the U.S., and I always had wanted to visit Turkey because of its Sufism (home of Rumi), history (Constantinople), culture (East meets West) and food (borek and baklava). My brother flew in from Seattle, so the two weeks in Turkey became a break and an opportunity to reconnect with Adam.

Later in the year, back in the U.S., I visited Portland, Maine for a wedding; Plainfield, Mass. for a relationship retreat; and Cleveland, Ohio for the holidays with family. Most of my time in the U.S. was spent at my New York City homebase, however, working intensely on my relationship coaching business. 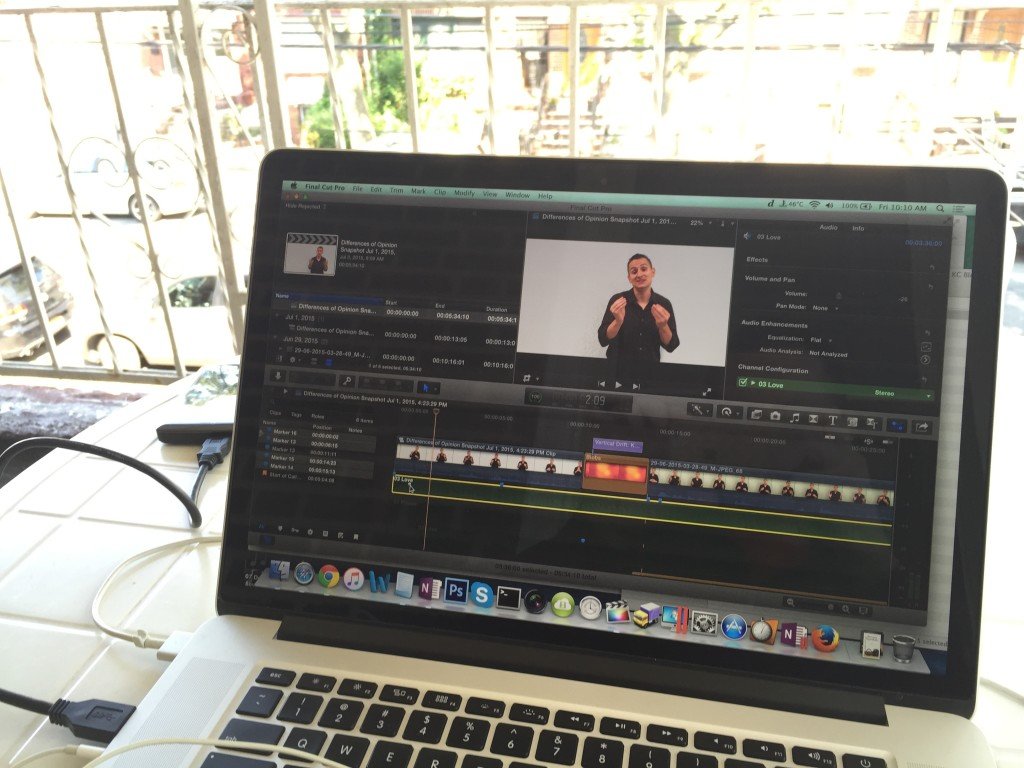 Love and a deep sense of unity with others has been my animating force since I was a small child. This journey began with love for myself and my family, expanded to include everyone around me, and eventually morphed into the selfless love described in religion and moral philosophy. By 2010, I realized both that I had built up a substantial body of relationship expertise, and that I should share this wisdom and experience with others. Thus began the most demanding phase of my life’s work: turning this animating force into a business.

Although I have been building my coaching work for years, I went into overdrive on my return to New York in June. I overhauled the business, refined my methodology, added new clients and began promoting the work more aggressively. Roommates couldn’t understand where I had gone; I either was holed up in my home office or attending an event in the city.

One of the more interesting activities that took me out of my home office was therapeutic cuddling. The idea behind therapeutic cuddling is that we all need touch, but most of us don’t get enough touch because usually it is sexualized. A startup called Cuddlist began hosting regular “cuddle parties” in New York, and I became a regular and something of a poster child for cuddling thanks to my spiritual understanding of nonsexual touch. My background as a relationship coach didn’t hurt, either.

On the back of this coaching and cuddling, I continued my writing work and even added a few new clients such as Cuddlist itself.

Spiritual Growth: A Moment in Burma 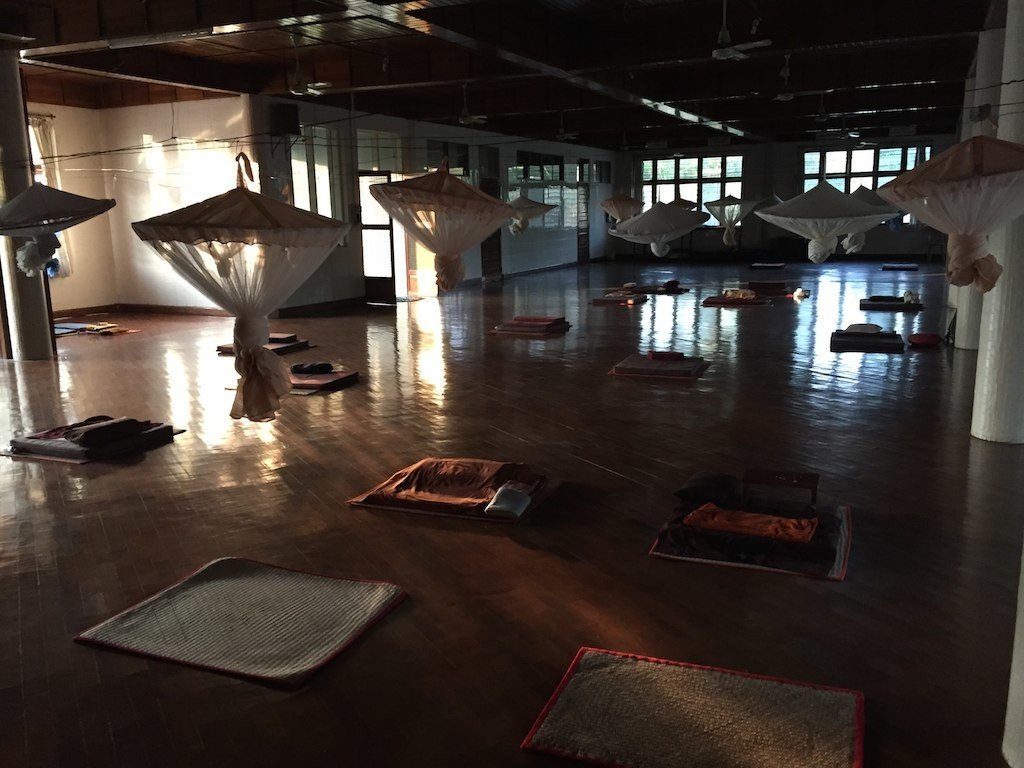 While meditating in February at a forest monastery in Myanmar (Burma), I had an epiphany. The realization wasn’t a sudden flash of insight or a radically new understanding. Rather, it was the crystallization of a gradual awareness that had been building for years. I could continue along my present course and lead an interesting life that improved the world in some small way, or I could go all-in and fulfill my version of the greater promise that is inherent in us all. This greater promise requires inner purity and abdication of all personal desires because the journey is hard and cannot be completed without complete focus. Surprisingly, I now felt ready for the challenge.

After the retreat I continued my spiritual work, and later in the year I helped launch a work committee that brought new energy to the Vedanta association in Thailand. I engaged deeply with Islam while in Turkey, and I spent the summer learning salat and Muslim worship practices. But I also began reorienting my personal life following the Burma experience.

In September, I formally submitted my application to join the Ramakrishna Order as a monk, the spiritual lineage I have been following most of my life. I met with the general secretary of the Order while he was visiting New York, and he agreed that I would make a fine but unconventional monk. As such, he suggested that I should live at one of the monasteries but take personal vows instead. This would give me guidance but also the extra freedom to follow my unconventional spiritual path and serve as a conduit between the lay and monastic communities.

Currently I am continuing my purification and looking at various monasteries.

Everything Else: In the Margins 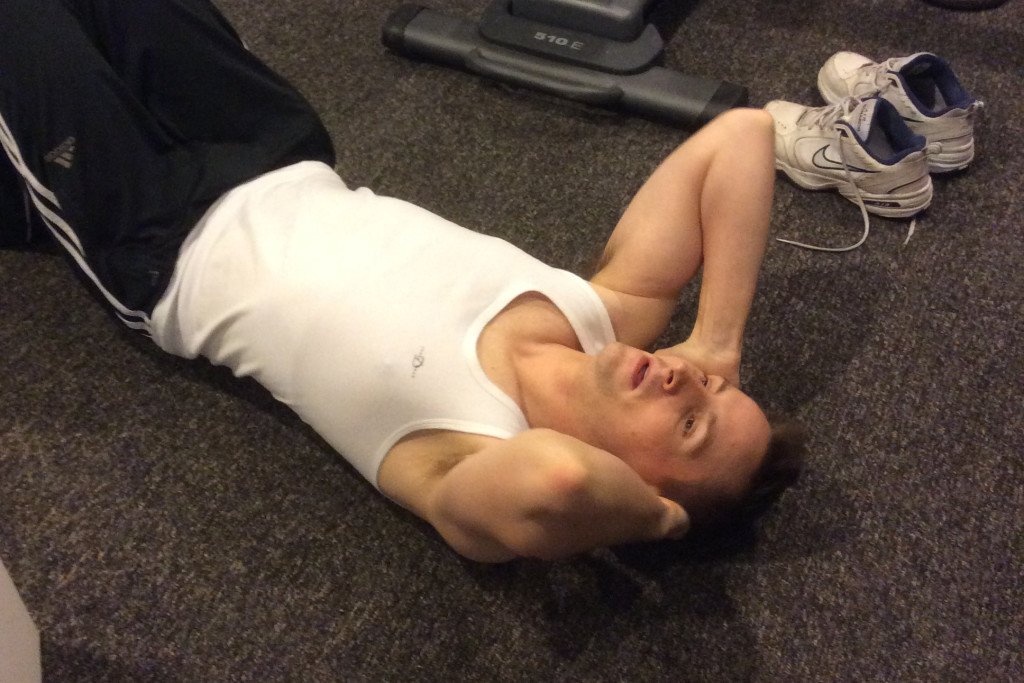 There wasn’t much room for hobbies and nonessentials this year. But I did carve out time for jogging and daily exercise, and 2015 might have been the healthiest year of my life in terms of weight, nutrition and overall physical fitness. I continued my habit of amateur scholarship, studying Thai Buddhism and reading many books on the history of Vietnam, Thailand, Australia, Japan and South Korea.

This past year I also re-launched Peterkowalke.com as a means to answer the frequent question, “Where are you living and what are you doing, Peter?” The site tracks my location and provides regular updates since I am always moving.

Significantly, I also struggled with a bad home life the second half of last year. Automated attacks on my web sites crippled me digitally for several months, and a new roommate in New York took it upon herself to aggressively harass me until I moved out. I handled the cyberattacks, and the problem roommate left eventually. It was a significant distraction, however, and in November I moved out of my New York City homebase so the harassment situation would not happen again. These were just bumps in the road, though.

Right now I write this from Cleveland. In a few days, I fly back to Asia. This year starts with the Philippines, and it also includes India, Thailand, Vietnam, Japan and South Korea. Most of my time will be spent in Bangkok until I come back to the U.S. in June.

Nobody can tell the future, but it is nearly certain that travel, relationship coaching and spiritual growth will again feature prominently in 2016. For the rest, we must wait and see. 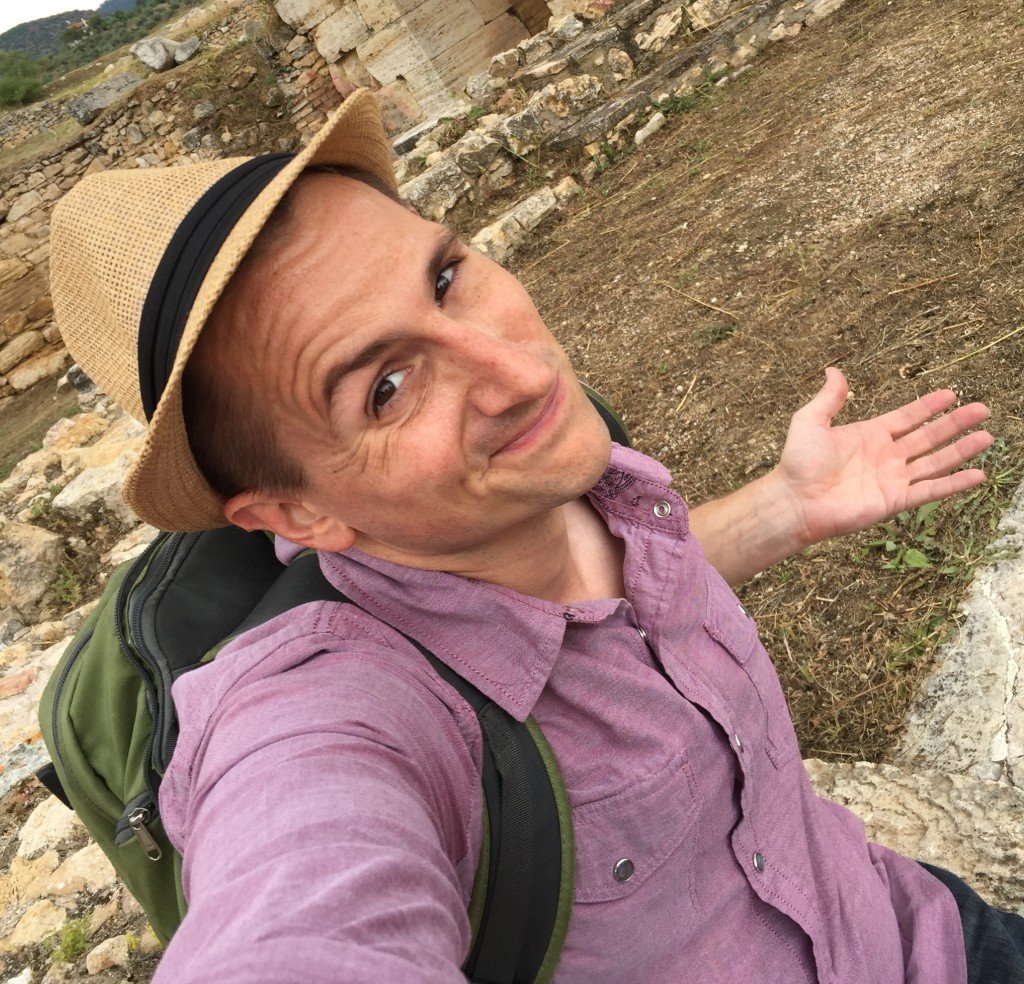 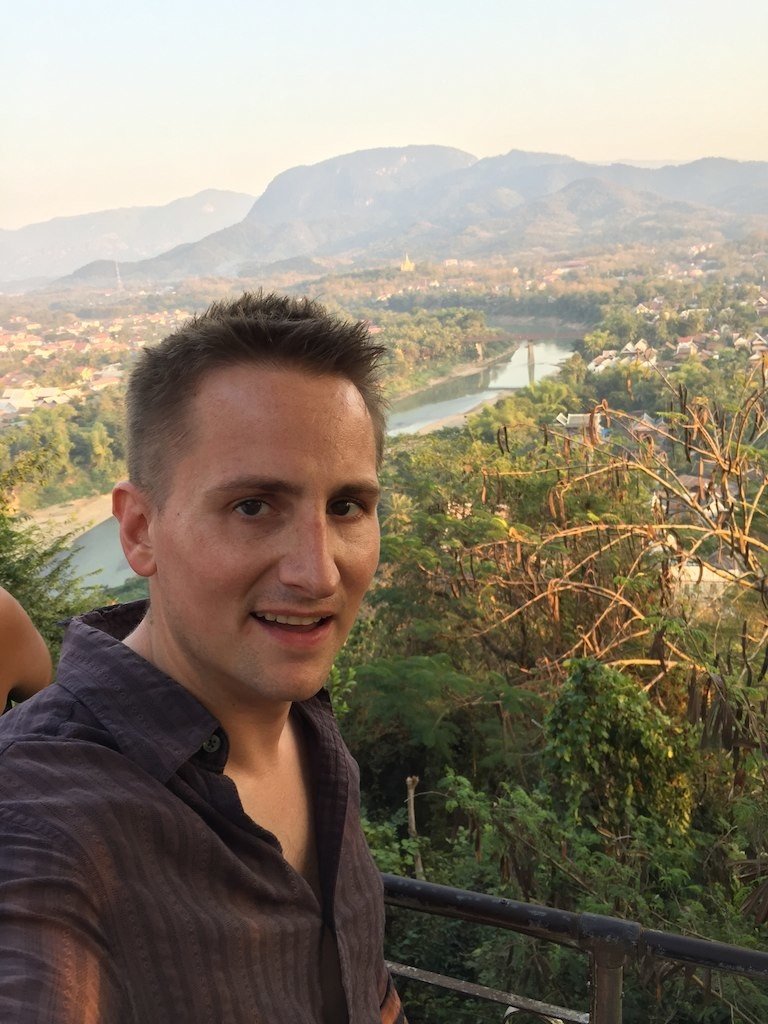 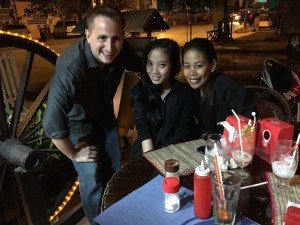 Jan 12: Dinner and drinks with Kimleng and Maricel. Cambodia. 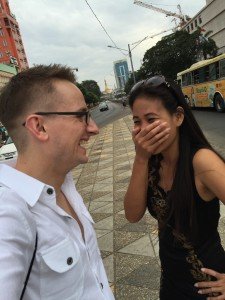 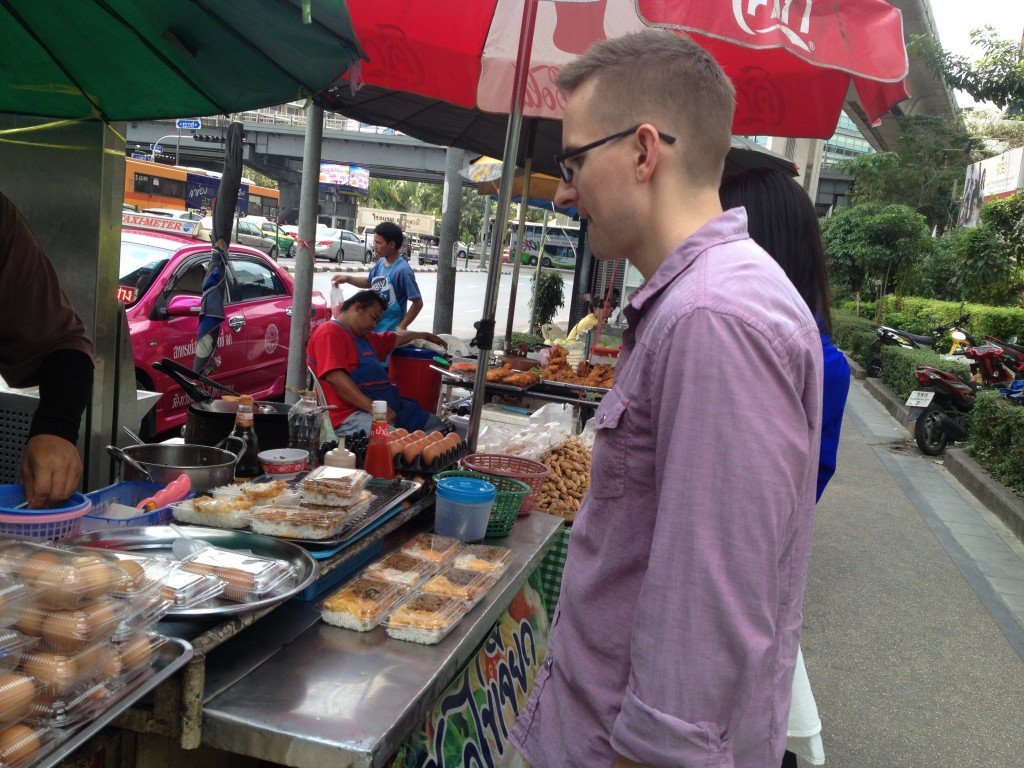 March 15: Getting food at a street market in Bangkok, Thailand. 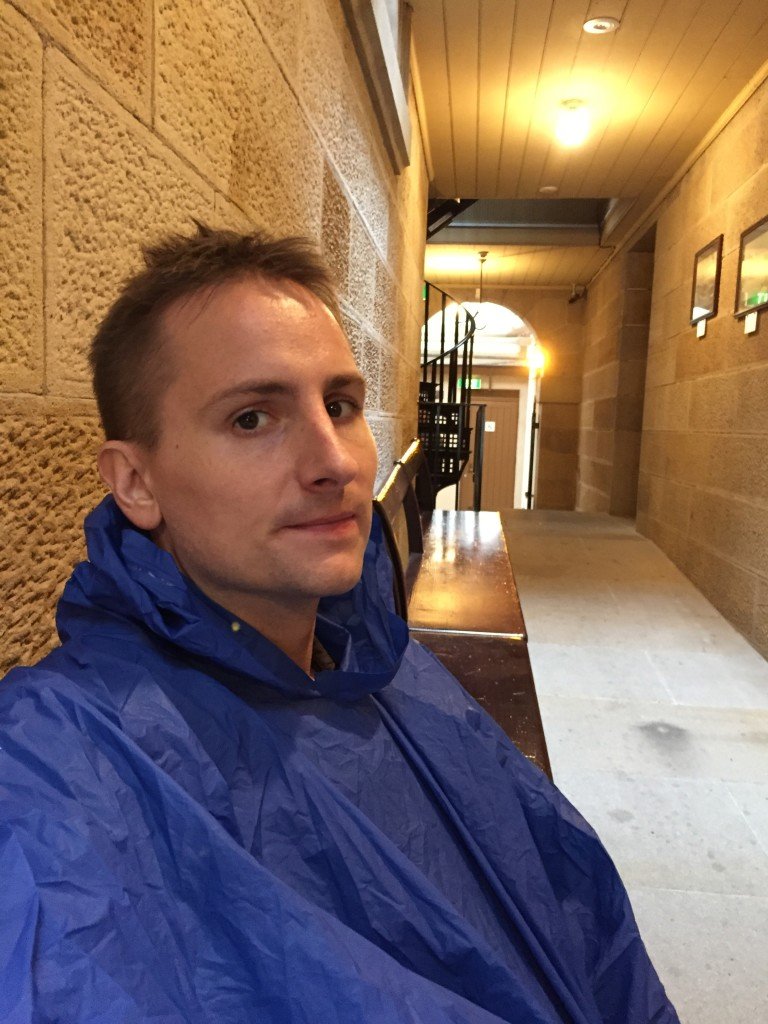 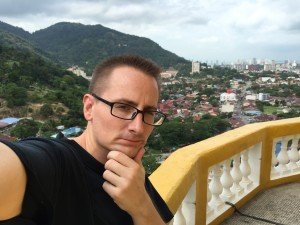 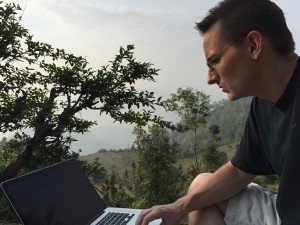 May 8: Working in the Himalayas by Shyamlatal. India. 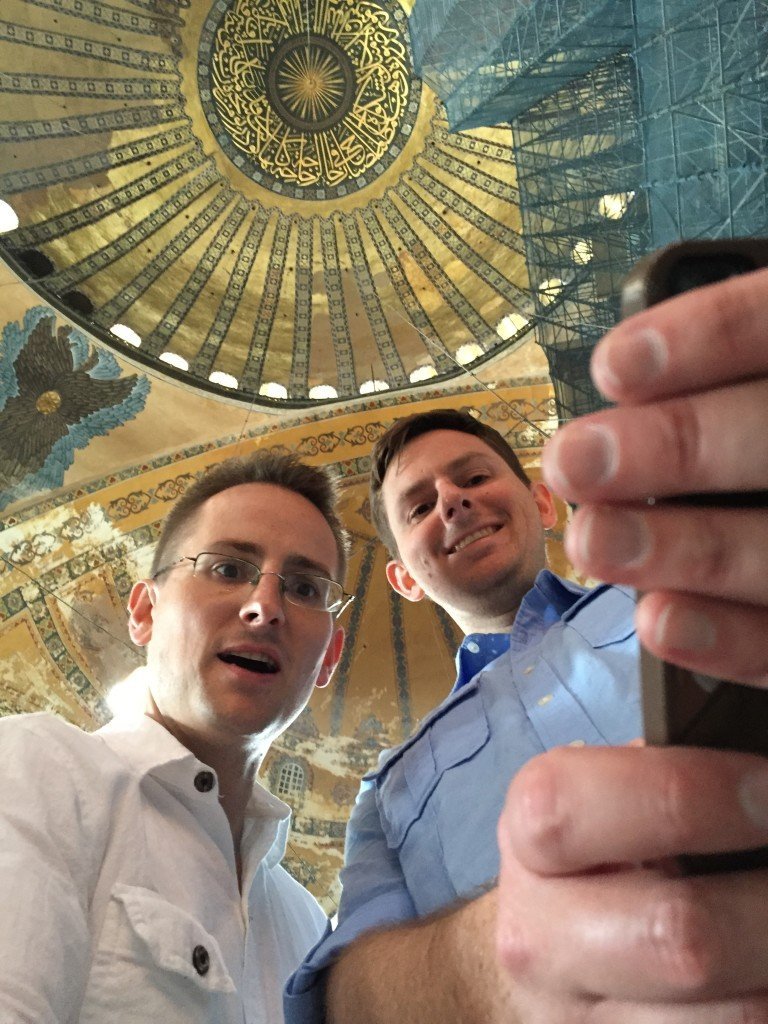 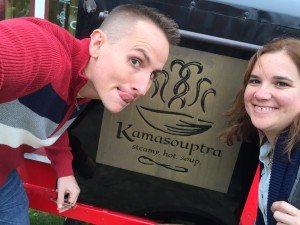 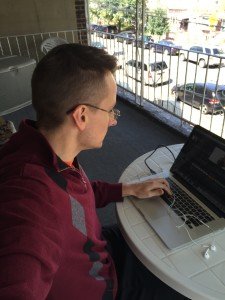 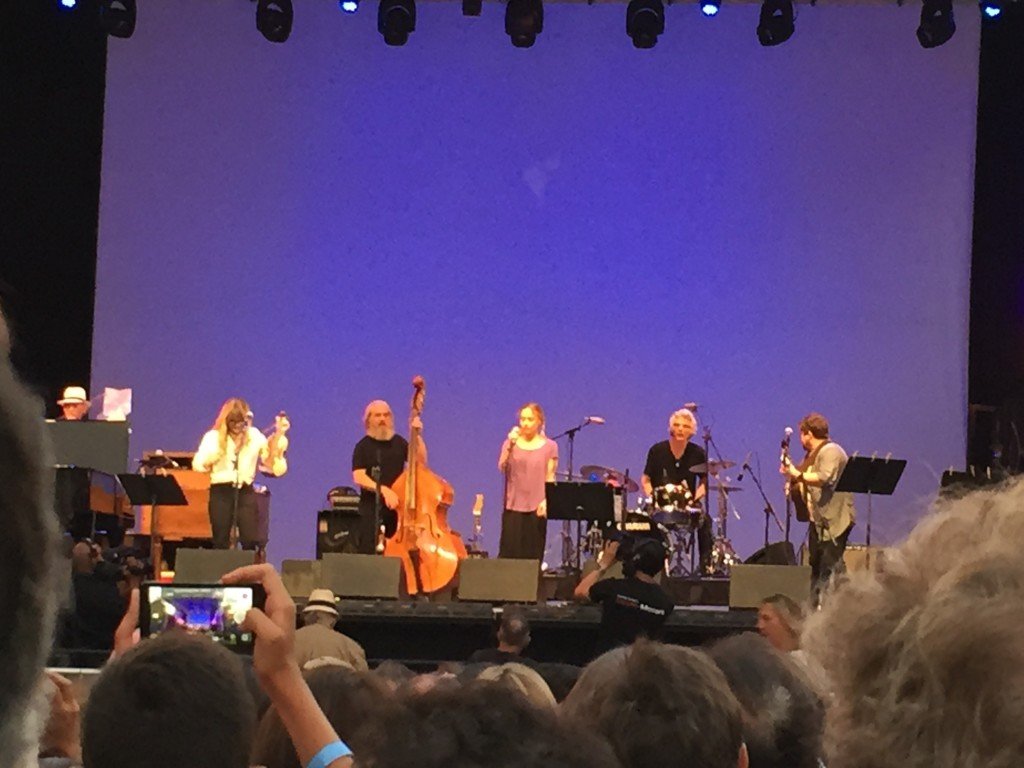 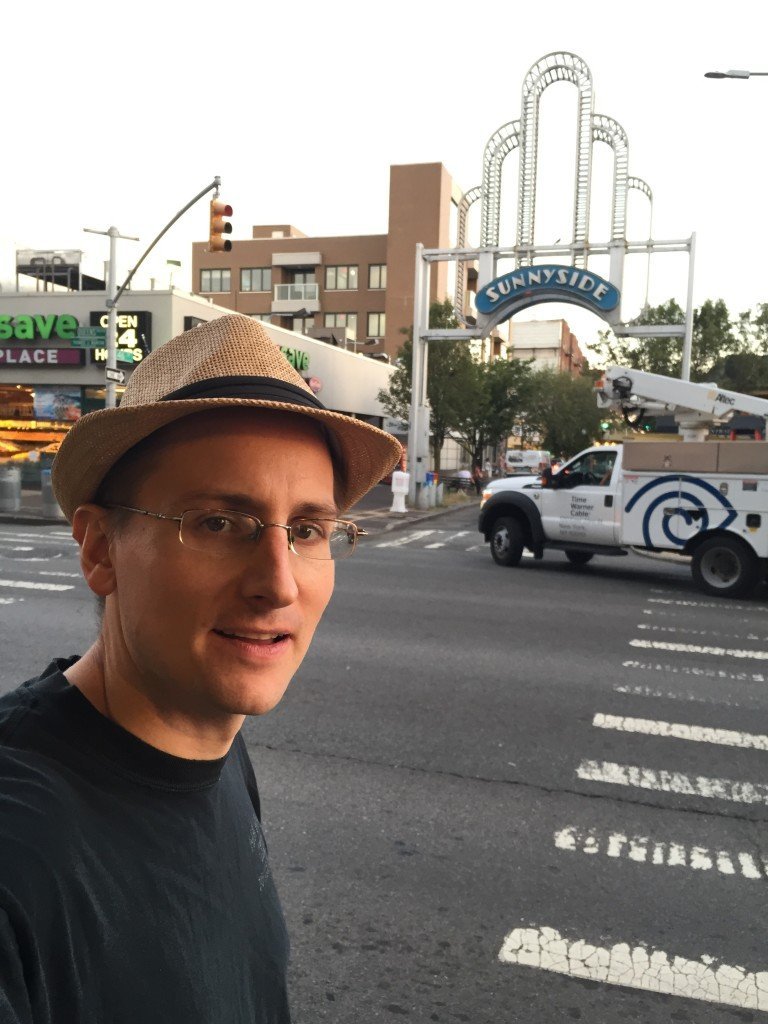 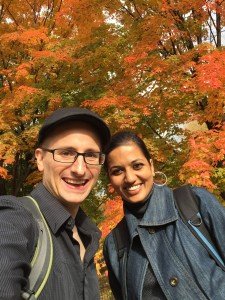 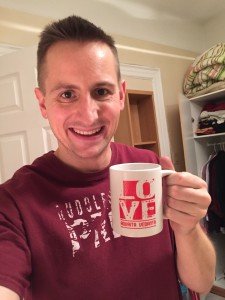