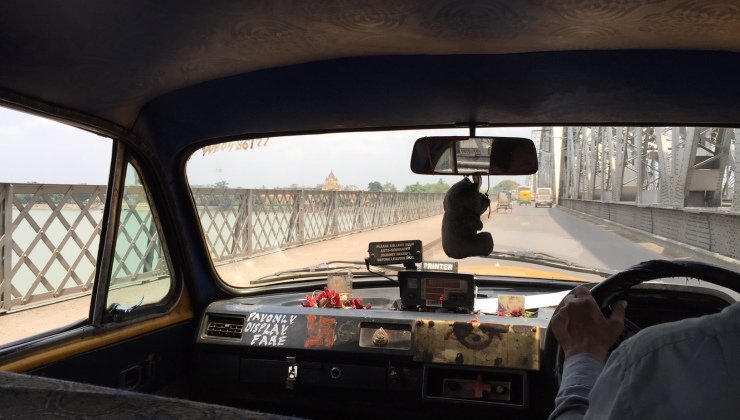 By the end of my time in Malaysia, it was getting pretty rough.

Malaysia was fantastic, truly one of my favorite places in Southeast Asia. But after having left Bangkok in late March, all the travel was starting to wear on me. Every few days I would shift to a new location, familiarize myself with a new home, and adjust to a new climate, new Internet access and new friends. 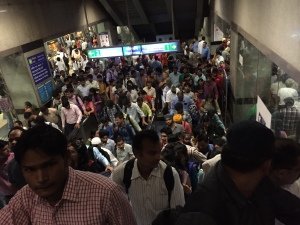 First it was Brisbane, then Sydney, Melbourne, Kuala Lumpur and Penang, with no end in sight; on coming to India in late April, I would continue the travel with quick stays in Calcutta, New Delhi, Shyamlatal, Almora, Mayavati before heading onto Istanbul and elsewhere. I began to wonder if I would fall apart before New York.

While the climate still is expectedly challenging, as always, India thankfully has turned into a respite even though the travels are relentless. This owes a large measure to the nature of my travel in India, and my familiarity with the country.

I spend some portion of every year in India, and at this point “exotic India” is not so exotic. Rather, it is home; the original Asia destination, a place I’ve been visiting annually for more than a decade.

This familiarity has made the jarring transitions less disruptive. When I arrived at the Delhi monastery, I even found one of my old coats in the closet, right where I left it three years ago. If that doesn’t signal home, I don’t know what does. 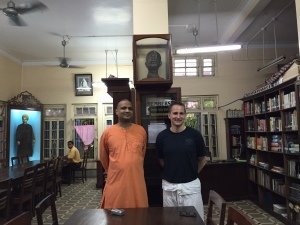 The nature of my travel in India also has brought a measure of peace. The entirety of my three weeks in India is centered around the Ramakrishna Mission here, my chosen Vedanta community. Except for the first two days in India, when I was staying with a fellow Vedanta practitioner, all of my time will be spent living at Ramakrishna monasteries (see “Top Five Things I learned from the Monastery“). Staying at monasteries obviously brings peace, even if I must balance my time here among volunteer work, preparing for the next leg of my trip, meeting local friends and paying the bills with telecommute editorial work.

I’ve written extensively about my time in Ramakrishna monasteries, and much of what I’ve written about them still is applicable (except for the lack of sleep—I will skip prayer or breakfast if my rest has disturbed the night before). You can find that writing on the American Vedanta web site, including the Delhi monastery schedule that I mostly have been following this week.

I also have taken steps to keep the sanity during my visit to Turkey the last two weeks in May.

Turkey is a big country, with even bigger history. It also is the country I have most wanted to see outside of Asia, and this will be my first time visiting. There was the temptation to maximize the visit and cram in as much travel as possible, and even maybe study under a Sufi imam.

I have resisted that temptation. 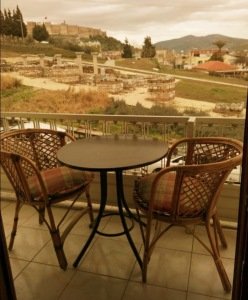 Instead, I will spend my first four or five days in Istanbul, then wind my way down the historic Aegean coast until I reach Selcuk, the site of the famous Ephesus ruins. There I will stay and rest in a rented apartment for the final eight days of my long, six-month trip. I will walk the beaches, visit the ruins, write calmly from my balcony, and take it easy.

Compared with the possibilities, this is a tame Turkey itinerary.

For those with wanderlust, it is worth noting that I will have an extra bed in my Selcuk apartment. Feel free to join me if you can swing it. My schedule lists the exact dates, and of course you can reach me through my contact page or other channels if interested.

Old habits die hard, though; in Selcuk I still might study under a Sufi imam.